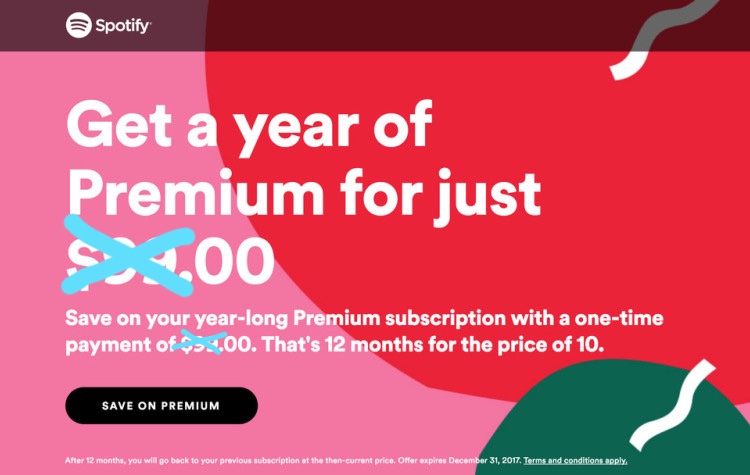 Google and YouTube readily enable users to get Spotify Premium for free.  But, is it really worth it?

Several days ago, ahead its April 3rd launch on the New York Stock Exchange, Spotify revealed that 2 million users have freely accessed Spotify Premium using unauthorized apps that blocked ads.  According to Variety, these users represent 1.3% its previously reported user base.

The news forced Spotify to downgrade its total monthly user count to 157 million.  It previously stood at 159 million.

Spotify has since started taking action against these unauthorized users.  The company started suspending and excluding users with modified Android files.

So, how exactly did these users manage to find these methods?  Thanks to a little help from the competition: Google and YouTube.

Users appear to have first started at Google.  According to TorrentFreak, Spotify started cracking down on unauthorized streams on March 1st.  That same day, users en masse started searching for working APK files that would allow them to use Premium for free.

Just two days later, search volumes had doubled on Google’s search index.  Then, on March 7th, it reached “a dramatic peak never before witnessed in the history the search term.”  TorrentFreak called it “quite an achievement.”

It has yet to take them down. 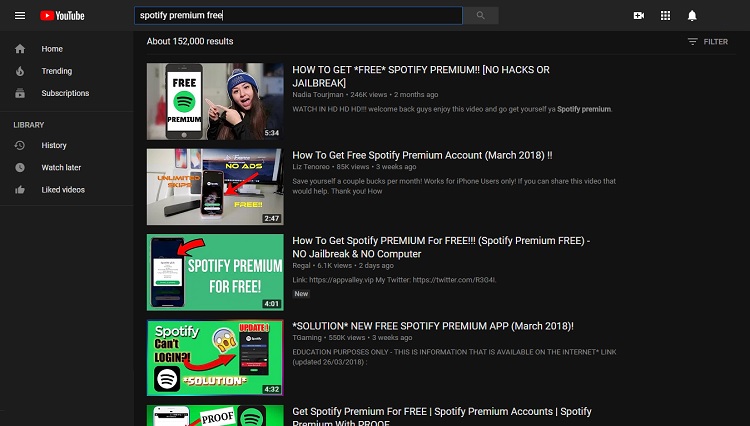 In fact, one video, posted at the end December, has over 250,000 views.  User Nadia Tourjman explains how to use Spotify Premium without any hacks or on a jailbroken device.

Despite the company’s best efforts, multiple APK files on Google search still readily work.  Yet, not paying $9.99/month for a Premium account comes with its own fair share problems.

Most the files and workarounds found on Google and YouTube come preloaded with viruses and malware.  This may be a silver lining for Spotify in the long run.  It can tell users,

“Hey.  Either pay up to enjoy your music on Premium, or potentially damage and/or brick your device.  Your choice.”