Kanye West is back to proclaiming his love for the President.  But… Lucian Grainge and Lyor Cohen?

Strange alliances in these modern times.  But hey: whatever it takes to win signature the Music Modernization Act.

Meanwhile, Kanye’s love for Donald Trump appears unflagging.  After dumping his longtime manager Scooter Braun, West focused on a blast pro-Trump messages.  Because that was the natural next step.

“You don’t have to agree with Trump but the mob can’t make me not love him. We are both dragon energy. He is my brother. I love everyone. I don’t agree with everything anyone does. That’s what makes us individuals. And we have the right to independent thought.” 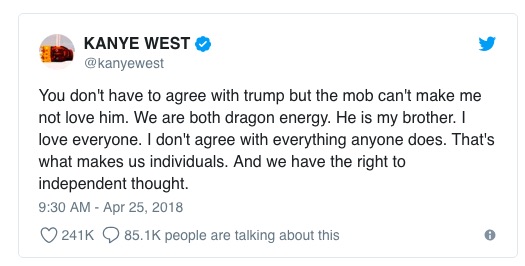 Then, the crowd was awed by the ultimate souvenir: a MAGA cap signed by The Donald himself. 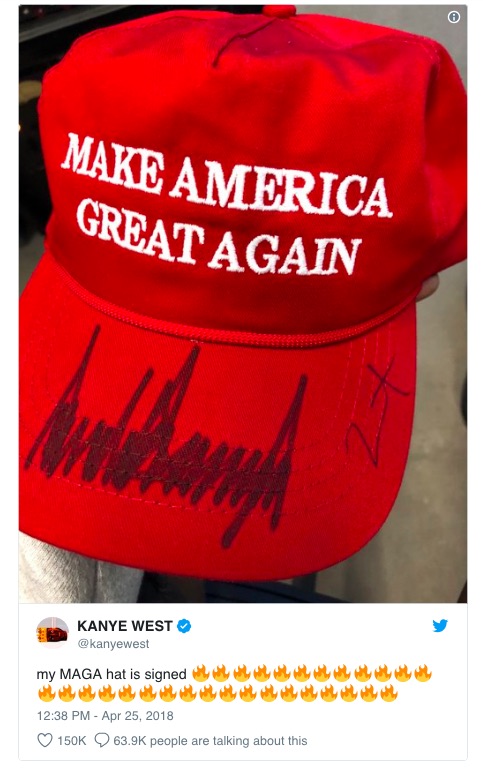 That drew hearty approbation from the Commander-in-Chief himself, who thanked Kanye for his continued support.  “Thank you Kanye, very cool!” Trump replied.

West didn’t actively campaign for Trump, but became an active supporter after Trump’s win in 2016.  It’s quite possible that West will become a supporter for Trump’s upcoming 2020 re-election bid.  Though strangely, Trump excluded Kanye West form his Inaugural festivities for not being ‘traditionally American enough’.

Onlookers continue to question whether Kanye is suffering from worsening mental health issues. 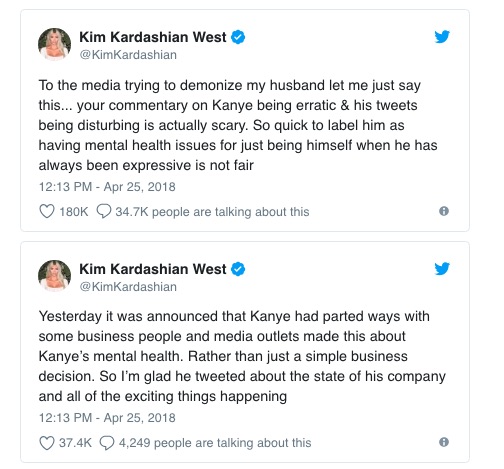