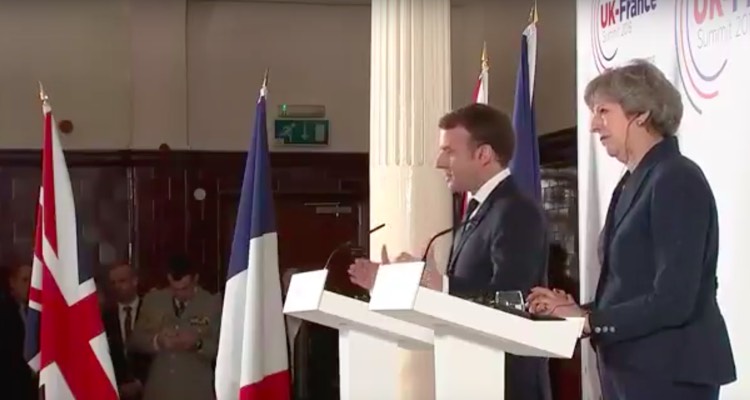 In reaction to major rollbacks in the US, the United Kingdom and France jointly reaffirmed their support net neutrality.

An aggressive rollback net neutrality in America is already causing ripples overseas.  So far, the rollbacks are prompting countries to redouble their commitments to preserving net neutrality laws.

Just this morning, the United Kingdom and France jointly pledged to continue supporting net neutrality in their respective countries.  The reaffirmation was part a broader United Kingdom-France Summit, now in its 35th year.  The Summit is an annual meeting designed to forge alliances between the neighboring countries.

Of course, the UK and France are notoriously at loggerheads on some issues.  But internet regulation is not one those issues.  “The United Kingdom and France’s industrial strategies highlight the role that digital technology will play in the economy the future,” the countries issued as part a 13-page Communique.

“In this context, we wish to restate our commitment and support for the principle net neutrality, which promotes a free and open internet.”

According to the Communique, net neutrality is one aspect a broader commitment to digital innovation.

“Building on the success the Franco-British Taskforce on Data Innovation, we have agreed to support digital innovation, including through a Digital Colloque in 2018 that will gather experts on digital security, skills, artificial intelligence, data and digital government.”

Other areas the Communique demonstrated sharp divisions with the US.

That included a commitment to stamping out foreign-controlled propaganda, a growing national security threat.  In one the joint manifestos, the countries agreed to ‘explore closer collaboration on Open Source and Open Source Intelligence to inform domestic and international policy, including sanctions, cyber, and hybrid threats, such as disinformation and propaganda.’

The commonalities also included a joint commitment to environmental preservation.  For starters, both nations pledged their continued commitment to the Paris Agreement.  And they mutually agreed to prohibit sales traditional cars and trucks by 2040.  Coal also faces a termination date in both countries, in sharp contrast to current Trump Administration policies.

Beyond the alliance, both nations intend to promote a broader global group.  “The United Kingdom and France intend to continue their constructive dialogue on the development a global pact for the environment,” the Communique affirmed.  “We agree to work in close collaboration on ways at improving the coherence global action to protect the environment.”

Of course, the net neutrality pledge is bad news for ISPs in either nation.  But despite a windfall for US-based internet providers, swelling protests could make the victory short-lived.  That includes action at the state level, with communities like Fort Collins, Colorado green-lighting a homegrown ISP.  Meanwhile, 22 US states are now preparing legal challenges to preserve net neutrality, and support for locally-created ISPs is gaining steam nationwide.

The 35th United Kingdom-France Summit took place at the Royal Military Academy Sandhurst on January 18th, 2018.  The full Communique can be read here.  Additional documents, including more specific agreements, can be found here.