In the mood for more David Bowie?  Just travel to England to check out his new statue.

You’ll also find Ziggy Stardust, a persona Bowie introduced in the 70s at an Aylesbury’s Friars venue.  He debuted two albums at the gigs.

Singer/songwriter Howard Jones unveiled the piece, calling it a “result for Aylesbury.”  Promoter David Stopps raised the money for the work through grants and a £100,000 crowdfunding campaign.  He used to work at the Friars.

Speaking with the BBC, Stopps discussed the positive reaction to the statue.

“When you get something like this, people either love it or hate it.  If people say ‘I hate it’ or ‘I absolutely love it,’ then you know it’s real art.  That’s the definition art.”

Sculptor Andrew Sinclair mounted speakers above the life-size piece that will play a David Bowie song at every hour.  To create the statue’s likeness, he used the mask taken from Bowie’s face from The Man Who Fell to Earth.

Speaking on working with the singer on his final works, Stringer added,

“To work with him on the last two records was very emotional but I got to work with somebody who, when I was growing up in Aylesbury in the 70s, was the pop culture legend.”

The Aylesbury Vale District Council uploaded a video on YouTube discussing the work with Sinclair.  In the interview, he explained the statue’s features using a small scale model the statue.

You can check out images the statue and the small scale model below. 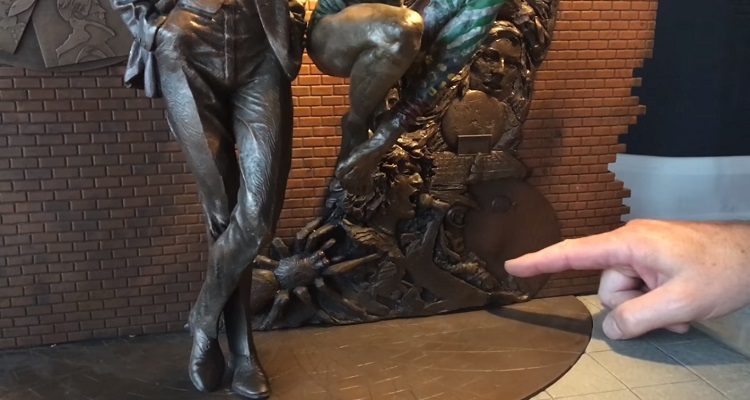 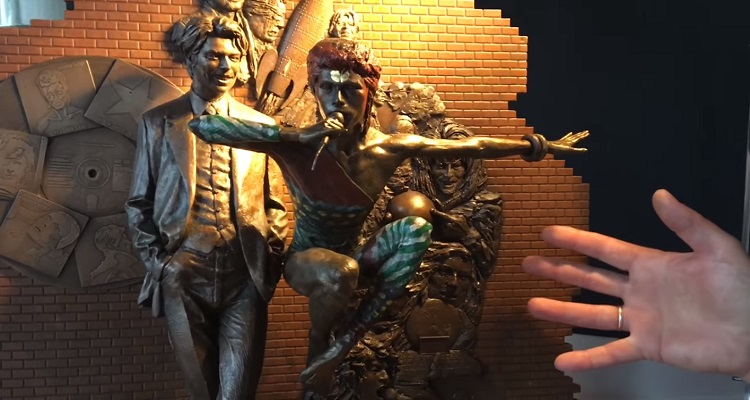 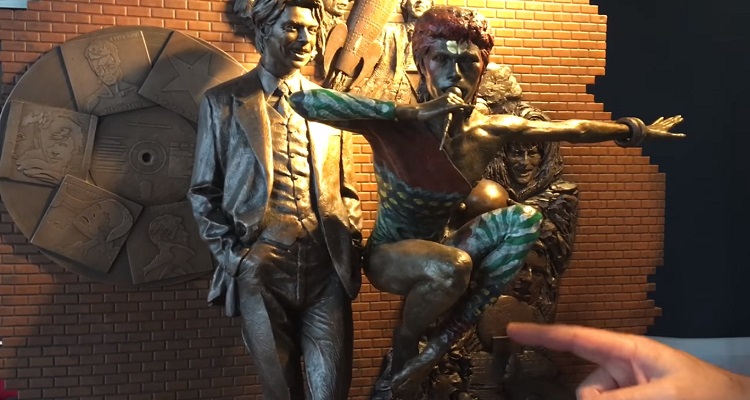 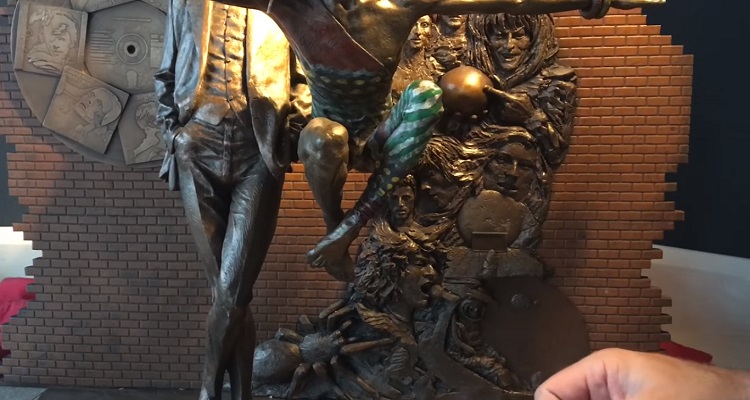