Taylor Swift’s ‘cheap seats’ are actually becoming affordable in a number US cities.  And there are thousands seats available in most venues.

According to a quick scan Ticketmaster’s website this (Tuesday) morning, prices have dropped below $50 in a number major American markets.  And there’s wide open availability at most upcoming shows, with nearly every section still open.

And these aren’t podunk towns.  Instead, buyers in markets like Seattle, St. Louis, Boston/New England, and Cleveland are being treated to some unexpected price drops.  Prices in other cities appear to be steadily dropping as well — based on our spot checks over the past few weeks.

Here’s a quick sampling the ‘deals’ we found on Ticketmaster. 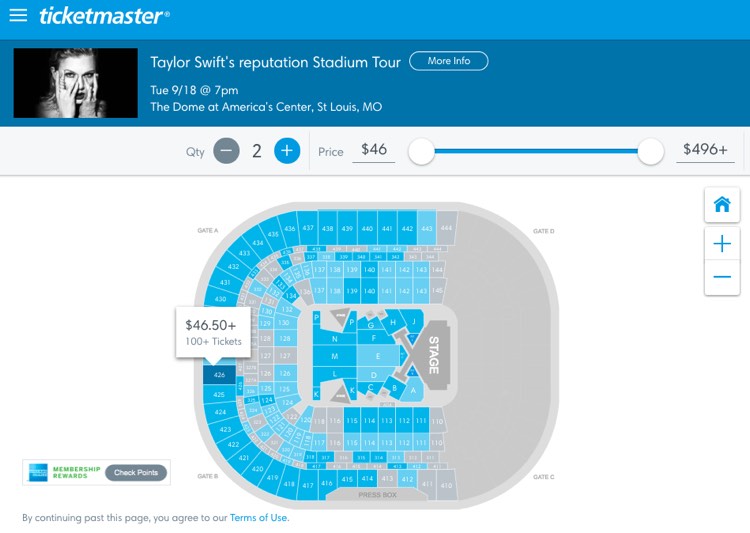 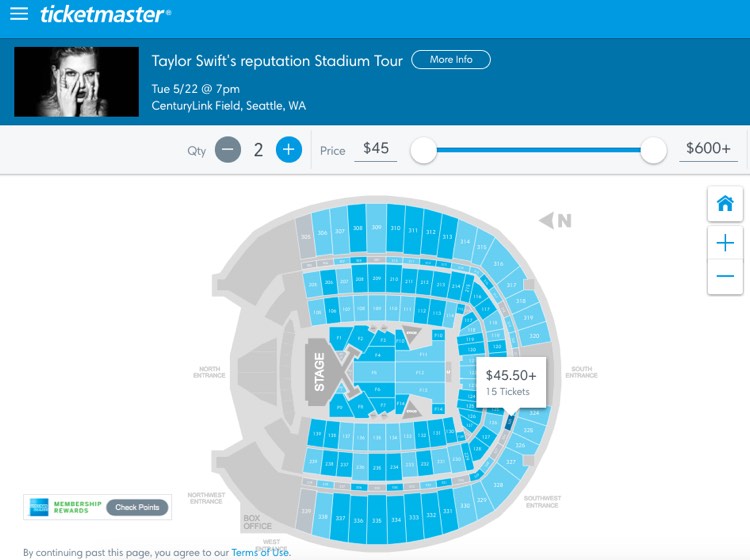 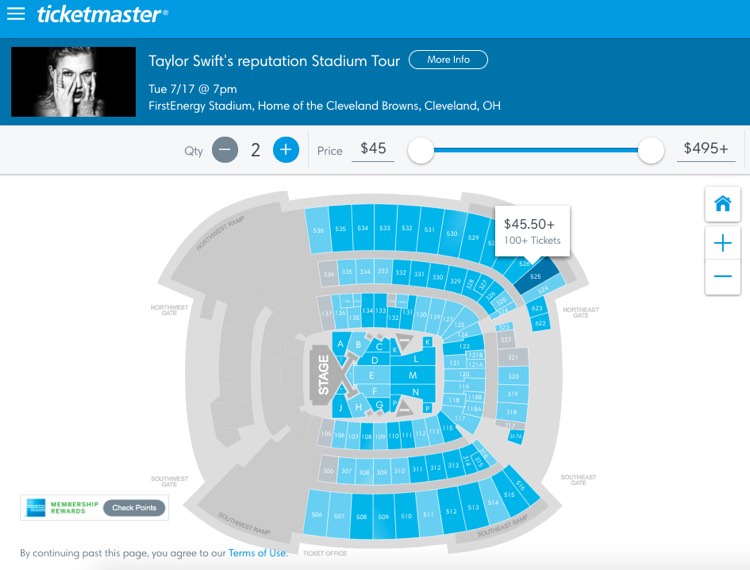 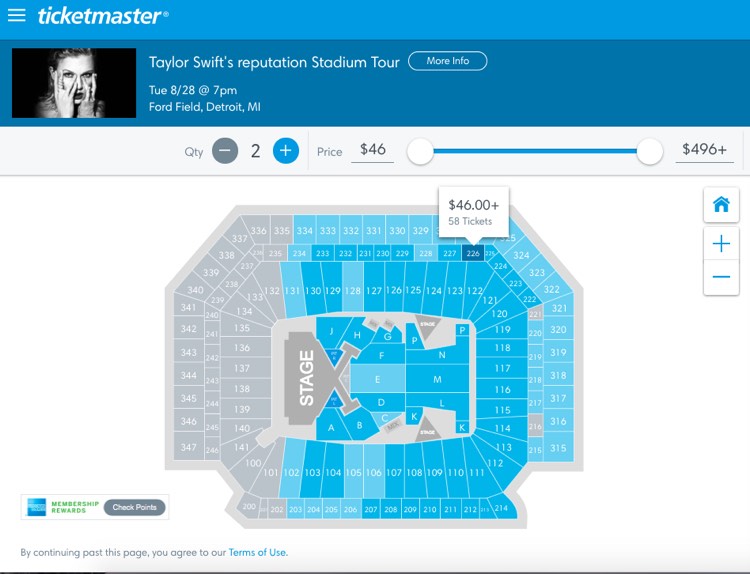 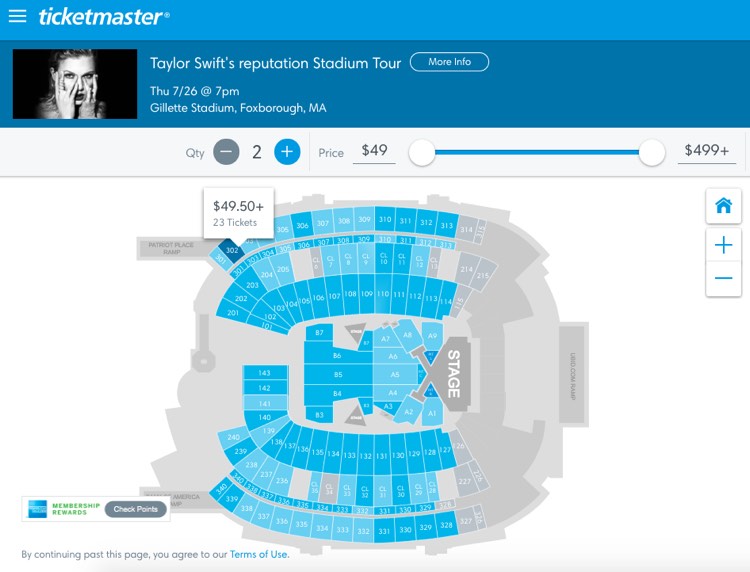 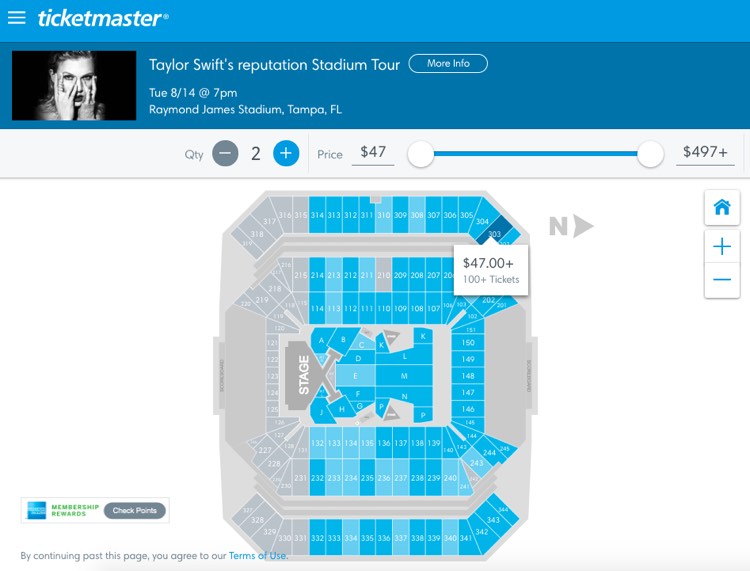 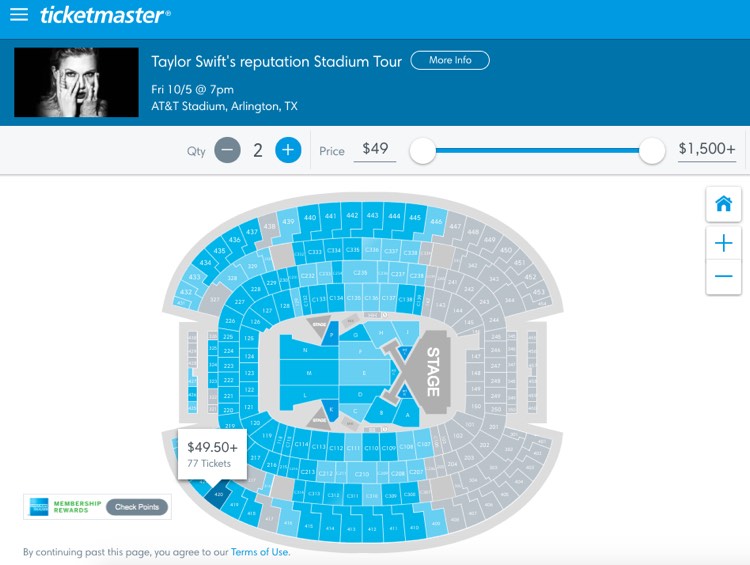 Other markets are more expensive, though tentimes, not by much.

In fact, we found several cities with tickets between $50 and $60, all which suggests a broader slide ahead.

Those wishing to purchase premium seats will still pay a handsome markup, however.  That includes upfront, front row, or special box seats, which sometimes cross $1,000 in popular markets.  Still, these premium seats look widely available — also suggesting a drop ahead.

In fact, most would-be ticket buyers would be well advised to wait, simply because better deals are likely ahead.

The development follows a controversial approach by Swift’s team.  Instead selling a giant pile tickets upfront, Swift & Co. decided to initially release a smaller batch tickets to dedicated fans.  Those ‘Verified Fans’ tickets were designed to reward fans for buying merchandise, albums and other items, though many complained that tickets were ultimately unavailable.

Fans who engaged in Swift’s online content, including videos, were also ‘rewarded’.

One huge downside to that strategy is that tickets can remain on the market for longer periods time.  And in the case Taylor Swift, it means that few (or, none) the upcoming venues get sold out.  That cools excitement, and certainly lowers the sizzle around the artist.

But it may also be training Swift’s fans to fish for the best bargains — for months on end.