Posted on September 3, 2020 by Ernesto Violoi

You, a square: wow, Gunplay naming himself Don Logan after Ben Kingsley’s character in Sexy Beast was a true World’s Colliding moment.

Me, a connoisseur: son, Wiz Khalifa made a song that, from its title to its sample, was a homage to a specific scene in Danny Dyer’s one good movie The Business.

Much like Lock, Stock And Two Smoking Barrels, The Business is a Mockney crime movie that’s loathable in theory but stupidly enjoyable in reality. A good chunk of its appeal comes from the lead actor’s clobber, but that’s true of many a movie innit? Do The Right Thing has The Shoes™, The Business has The Shorts™. 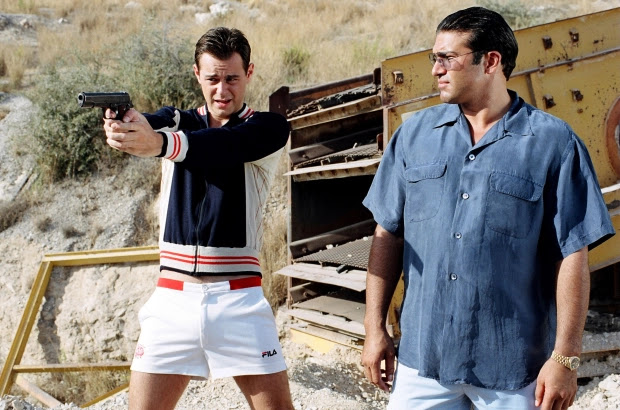 Hands up if The Kid Frankie is your fave single from Kush & Orange Juice.