Once upon a time, Daniel Ek vowed to never artificially restrict access to Spotify users.

But that was before a lot renegotiations and years back-and-forth.  Now, several years and multiple licensing agreements later, Spotify is fering its first ‘windowed’ release.

Digital Music News first reported that major labels were pushing for ‘windowed’ or ‘gated’ releases in August 2015.  But given heavy resistance from Spotify, a compromise was in order.  In exchange for relaxed licensing costs, Spotify agreed to window.

Those licensing ‘discounts’ — if you want to call them that — helped Spotify dramatically improve its bottom line.  And, present a far better story to Wall Street.  Looks like a little horse-trading went a long, long way — and paved the path for a $26.5 billion public fering.

A deal’s a deal.  Accordingly, we now have our first Spotify ‘windowed’ release.

Previously, a few scattered tests have been reported.  But this is the first over-the-top, big artist window.  Jason Aldean’s Rearview Town, released today (Friday), is only available to Spotify Premium users.

But don’t call this an exclusive.  Far from it: Rearview Town is also available on paid-only platforms Apple and Tidal.  It’s also similarly-windowed on Amazon Music Unlimited and Pandora.  In a previous life, Pandora was all about the free — but under new management, its forays into a paid-only tier seem to be marginally successful.

Among the forgotten: the hopelessly-free YouTube, which has yet to deliver a serious premium option beyond Red.  Whether YouTube Music’s brand-new boss, Lyor Cohen, is serious about launching a paid platform is anybody’s guess at this stage.  For now, it’s all about keeping Rearview Town f YouTube — so let’s see if Cohen et. al. decide to cooperate.

Also: paid downloads from the iTunes Store, as well as physical formats like CDs, are available now.  We’re not sure if there’s a vinyl record in the mix (but hey, maybe there’s an ‘HD vinyl‘ coming next year).

After a two-week window, the freebie world can also indulge in Aldean’s album. 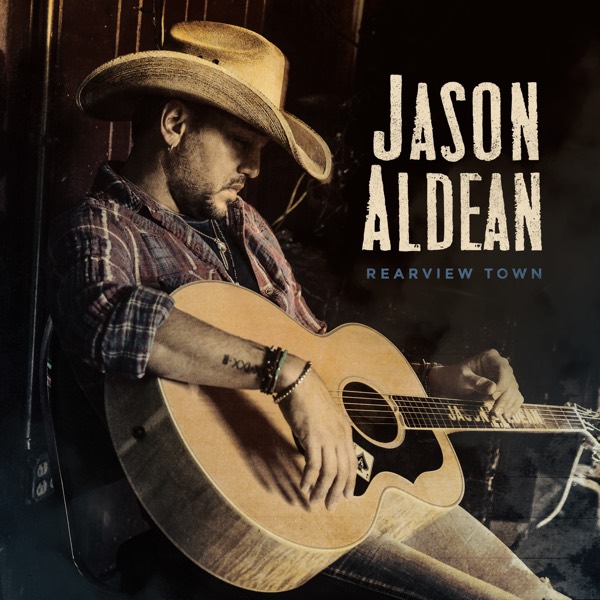 This isn’t a Universal Music Group release — but it doesn’t matter.

Instead, Aldean is coming from the camp Broken Bow/BMG.  But you can thank stalwarts like UMG chief Lucian Grainge for making this a reality.

Or, Jason Aldean himself.

Sure, Taylor Swift has been incredibly vocal about Spotify’s exploitative payments to artists.  But Aldean has also spoken up.  The country star removed his music from Spotify entirely in 2014, only to replace it after being faced with the specter streaming irrelevance.

That’s a scary place to be, especially as Spotify and its streaming rivals start to replace everything else.  Indeed, Apple is now scheduling a shutdown its iTunes Store, thanks to plummeting demand for the less-convenient format.

“Everyone in the music business is trying to figure out how to make streaming work financially, so that the creative community gets paid fairly,” Aldean commented after reluctantly re-uploading his catalog onto Spotify.  “I’m happy to have been part that dialog and will continue to be as it all unfolds.”

“I’ve heard from you, the fans, that you really miss being able to stream my music.  I definitely want you to be able to find it easily, so we’ve decided to make it available again.”

Perhaps it’s a sad commentary that the biggest, most powerful artists have little sway against Spotify.  But with this latest windowing development, maybe they have a little more power than they thought.