Fewer than 100 cases ‘Chimerism’ have been identified in the history mankind.  Singer Taylor Muhl is one them.  “I’m a fraternal twin who fused together with my sibling in the womb,” the singer recently told followers.

Singer Taylor Muhl always felt like she had a twin.  In fact, twins were an obsession while growing up.  “When I was around six years old, I would always ask my mom if I had a twin,” Muhl recently told Daily Mail Online.  “I even wanted to play twins with my girlfriends all the time, having us dress the same way.’”

Now, a strange medical diagnosis may explain why.

While watching a documentary about ‘chimerism’ in 2009, it dawned on Muhl that a massive discoloration her stomach and broader body might be signs the condition.  It turns out that Muhl absorbed her fraternal twin while in the womb, according to details now confirmed by doctors.

Chimerism is an extremely rare medical condition.  It occurs when an individual is composed two or more genetically distinct cell lines originating from different zygotes.  The result is that one body ultimately houses two distinct sets DNA, immune systems, and even separate strains blood. 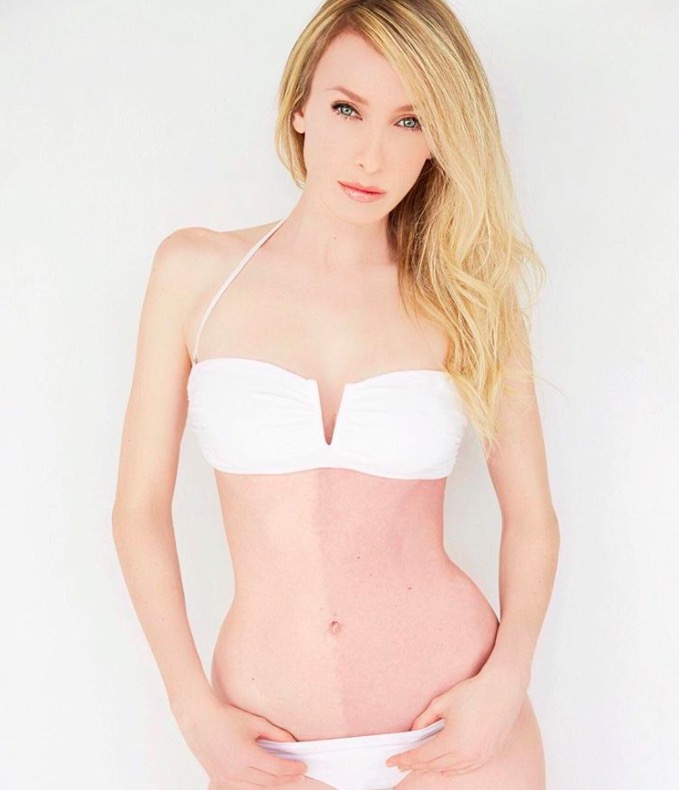 Incidentally, a throat doctor initially theorized that she had the condition, based on strangely distinct stains within her system.  Indeed, the tell-tale signs for Muhl are obvious — though the chances getting this disease are almost mathematically impossible.

Even stranger is that external, obvious markings are themselves pretty rare for chimerism.  ‘Chimeras’ typically only display the symptoms internally or have very tiny marks.

Of course, this leads to all sorts complications.  One ‘half’ the body will attack ‘foreign’ cells, part continuous internal confusion.  All sorts allergies, immune system issues, and energy-related issues are common. 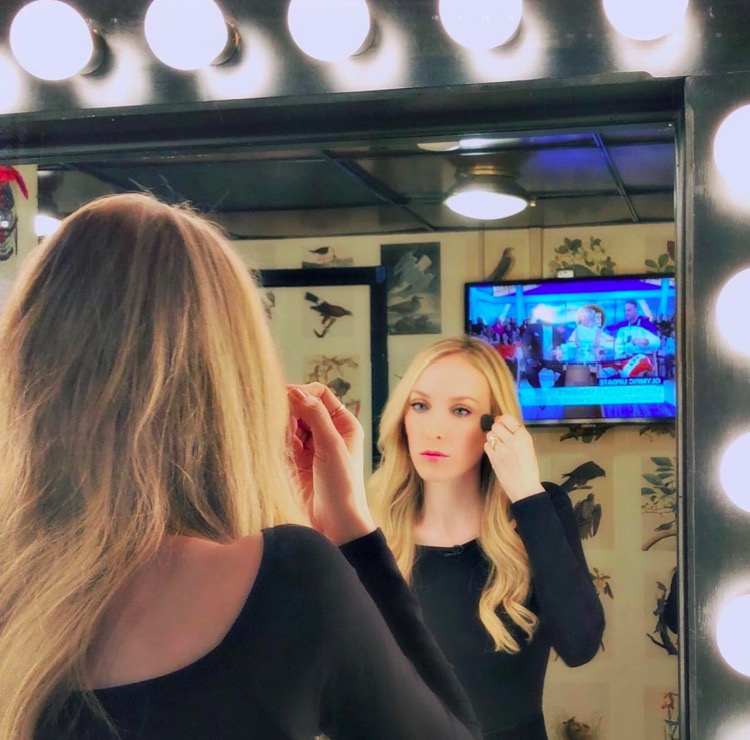 Taylor Muhl has kept her condition a secret until recently.

Accordingly, Muhl had a very unique ‘coming out’.  “I’m a fraternal twin who fused together with my sibling in the womb,” Muhl recently informed her Instagram followers.  Undoubtedly, a few had to re-read the statement to understand what was happening.  Others might have dismissed the statement as mere internet babble.

But this is indeed Muhl’s unique ‘genetic lottery’.  And she’s been trying to come to terms with her condition and understand it more. “I don’t want to be a human Guinea pig or viewed as a circus freak,” she relayed.  “I had always kept my stomach a secret, covering it up or having photographers Photoshop it out.  But now I want to embrace the way I look.”

“I want to inspire people to feel beautiful and confident with their difference.”