Posted on February 8, 2018 by Valencia Vasquez

Something happened a few days ago that a couple fans had caught. One Ralo fans tweeted him asking what happened to the record he made dissing MoneyBagg Yo. The fan said “What Happened To That Money Bag Yo Diss Video . That Song Was Hard Fr . Can’t Find It Anymore … Like Yah Squashed The Beef ? Let Niggas Know”. This got a response from Ralo who said
“Man them folks tried to put ah lawsuit on me!!!”.

So it all makes sense why the song had to be deleted. What do you guys think? If MoneyBagg Yo corny for getting the law involved in normal Hip Hop beef?

Man them folks tried to put ah lawsuit on me!!! 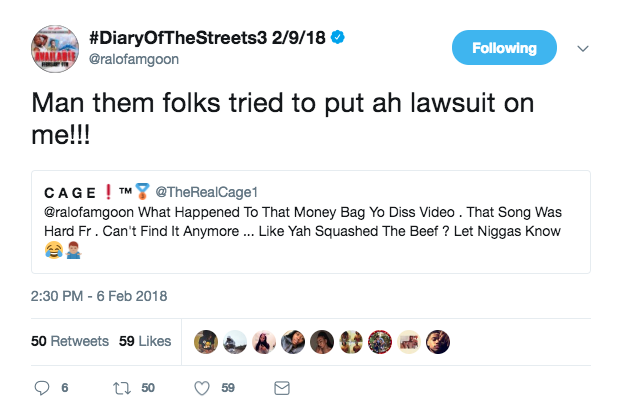