The man who single handedly ended the career 6ix9ine and Tr3Way Jorge Rivera (6ix9ines personal driver) personal photo has been released. Jorge revealed in court yesterday that he was a government snitch who set up cameras as told by the FEDs to record 6ix9ine, Shotti and other Tr3Way “Nine Trey Blood” members doing illegal stuff to help their criminal case against them. 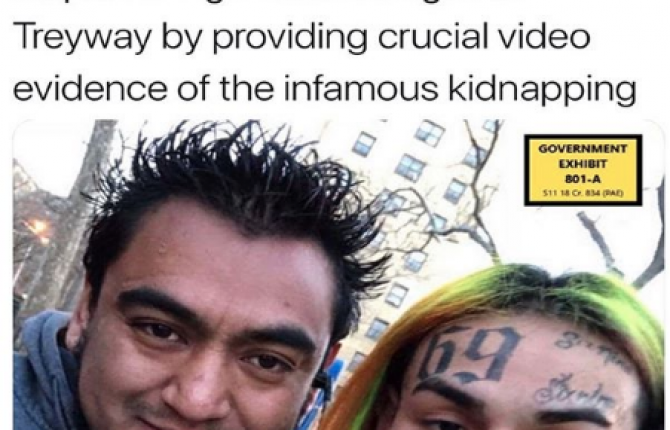 AUSA: Mr Rivera, what is it your understanding the government will do in exchange for your cooperation?
Rivera: They'll give me a letter, saying all the good as well as the bad things, that I have done.

Note: So #6ix9ine's driver Jorge Rivera gets 5K1 letter too