CamSoda has offered Paul Pierce a job as an NBA analyst. Pierce would be paid $250,000 to stream himself talking about the NBA, with women twerking in the background if he so chooses.

Paul Pierce and ESPN have reportedly parted ways, effective immediately. This would be the nice way of saying he was fired. Pierce played 19 seasons in the NBA. After his playing career ended he became an analyst on a pair of basketball shows for the network, specifically The Jump and NBA Countdown. On the latter show he was a staple.

This past weekend he made headlines for posting Instagram Live videos of himself with some strippers at a party of some kind that took place on Friday night/Saturday morning. A day later he made a good wink/nod joke:

CamSoda has made their offer to Paul Pierce. pic.twitter.com/AgDkxsAOvU 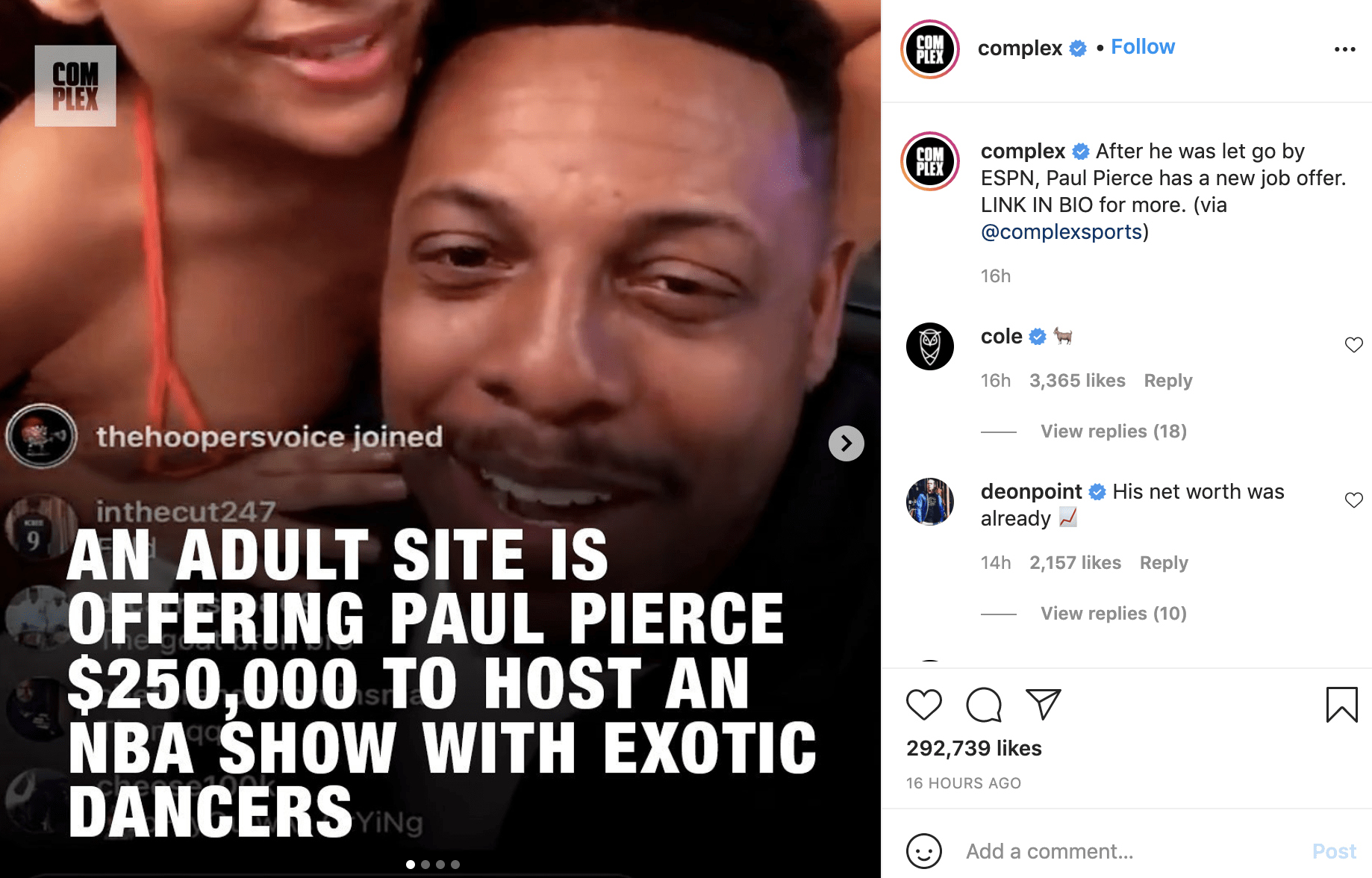 Paul Pierce live that got him fired: