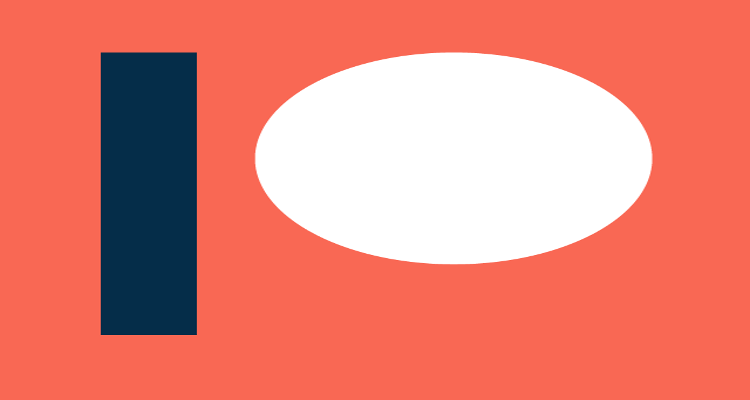 Where should Patreon draw the line?

Patreon is a great platform for creators, especially those with strong, loyal fanbases that want to directly support artists.  Musician Jack Conte and developer Sam Yam are the founders Patreon, and the concept was created because creators were getting stiffed by low-paying platforms like YouTube.

But they’re also getting censored, de-monetized, or de-emphasized if they don’t comply with the rules YouTube, Facebook, or any other platform.  Now, Patreon is being asked to issue its own set policies around certain kinds content.

Patreon’s creators are extremely varied.  YouTube videographers, writers, webcomic artists, podcasters, musicians, and many other creative types connect with targeted audiences through Patreon.  And the system is simple: the creators can receive funding directly from their fans, or patrons.  They can be paid on a recurring basis or per work art.

The result?  Many artists and creators feel that they are able better express themselves and get paid while doing so.  In fact, more than a million active users and 50,000 monthly active creators make Patreon a seriously popular solution for artists.  At present, Patreon estimates a staggering $150,000,000 is earned by artists on their platform annually.

Sounds great, except some fringe artists are attracting a lot negative attention.  Journalist Vonny Leclerc first discovered something disturbing: a ‘no pornography’ policy by the company wasn’t being enforced.  That started the ball rolling.

Many these artists are defending their right to create animations depicting child rape, torture, and other activities.  Of course, actually doing these acts is completely illegal, but what about drawing it?

These artists also say they’re creating works for patrons that are demanding it.  And it turns out that patrons have been requesting all sorts pervasive acts from creators.  These now include horrific acts child rape, personalized abuse fantasies, and acts violence.

Lecler says it’s gone too far.  “There are more and more violent, hyper-realistic animations being uploaded all the time,” he shared.  “I wondered who had the time, now I can see people are making a living out creating animated rape and snuff films.”

Lecler says Patreon is not only ignoring these activities, they are encouraging them. 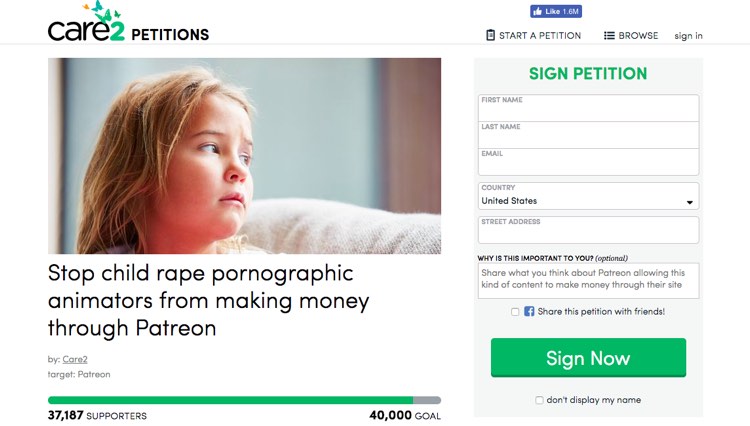 More than 37,000 thousand people have signed the petition demanding that Patreon stop people from selling child abuse animations through their platform.

The petition has been gaining steam, with more than 10,000 signatures arriving in the past 24 hours.  Care2Petitions is hosting this particular protest.

According to the petition, this actually goes way beyond child rape illustrations.  It also includes artwork brutal killings, eye-gouging, other forms rape… the list goes on.  Lecler says one prominent artist is earning over $20,000 a month depicting extreme violence.

This is so many levels disturbing: that these men can make it without caring, and that others buy it. Patreon is helping facilitate the creation personalised abuse fantasies. One person I found] is making $20,000 plus a month making adult games. Many making serious bucks.

Patreon is being used to fund realistic animations rape, eye-gouging, torture. Home-invasion when young women are shot in the face and then raped. @Patreon know about this. What’s being done? I can find hundreds accounts making this kind content.”

So where should Patreon draw the line?

Technically, this artwork isn’t illegal — at least in the United States.  A picture depicting extreme violence may be extremely distasteful, but an artist has the right to create it.  Once that crosses into depicted child pornography, however, a judge may have to decide.

Another legal counter-argument relates to the actual harm done.  If patrons and artists exist in an insular environment, one free actual crime, it’s possible this group is merely acting out gruesome fantasies without dragging people into them.  Some the artwork in question violates Patreon’s pornography policy, though not all it does.

If that artwork is connected to actual crimes — or worse, if it’s depicting real events — then there’s a much different level enforcement that’s needed.

Now, Patreon is undoubtedly going to be forced to respond — and make tough decisions that balance the broader interests the community.