Posted on October 29, 2019 by Katherina Alvarez

The DJ and producer has since deleted a string of offensive and insensitive tweets responding to outrage over pictures of her wearing cornrows.

Nina Kraviz is facing a backlash over a number of insensitive and racist tweets.

The трип boss was responding to widespread outrage over pictures she uploaded that showed her wearing cornrows. 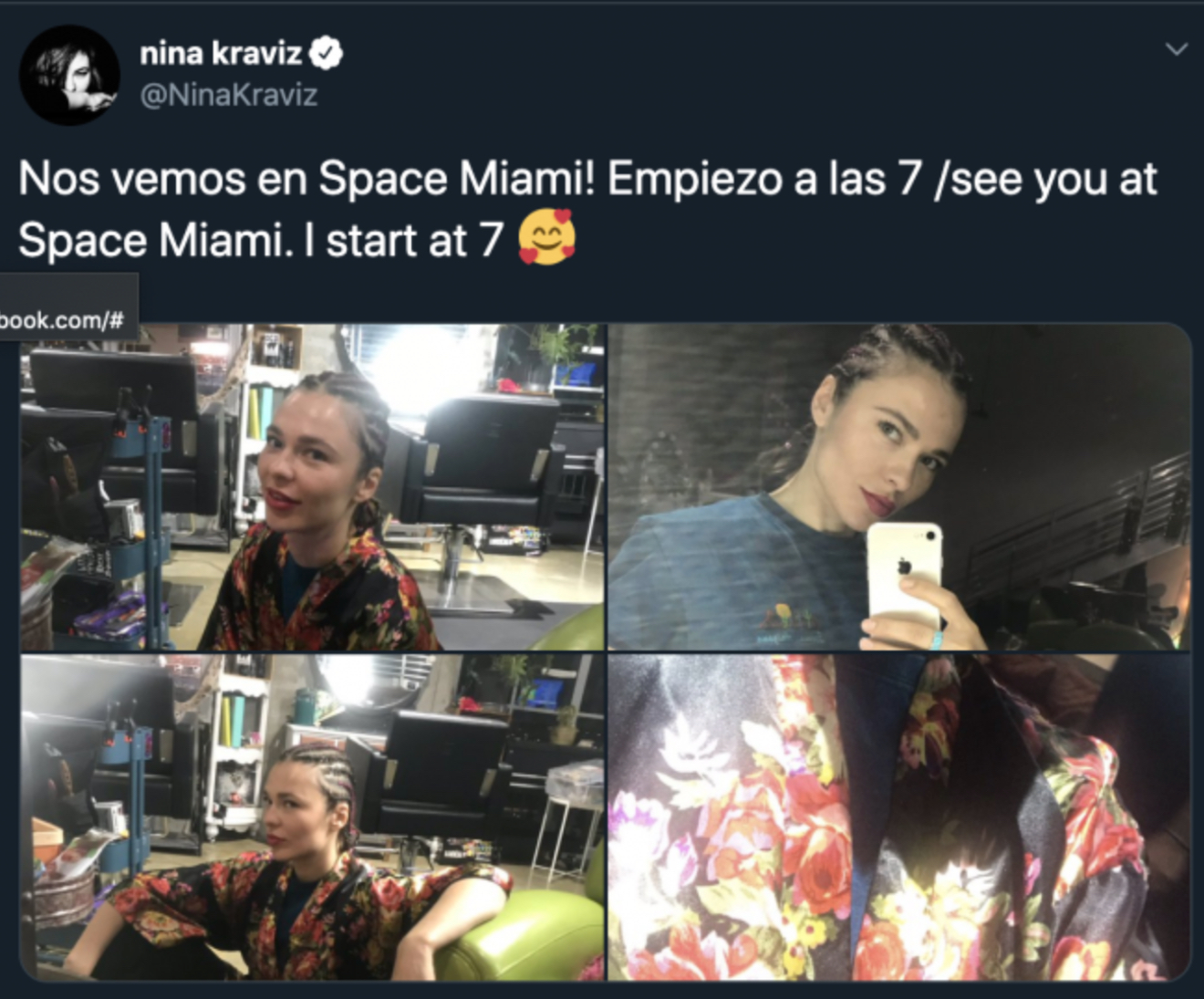 The pictures prompted one Twitter user to raise questions about Kraviz’s ghetto house-channeling track ‘Ghetto Kraviz’, to which the producer responded by quoting a “history teacher” talking about braiding traditions and by claiming that the word ‘ghetto’ speaks to the experiences of Polish Jews during World War II. 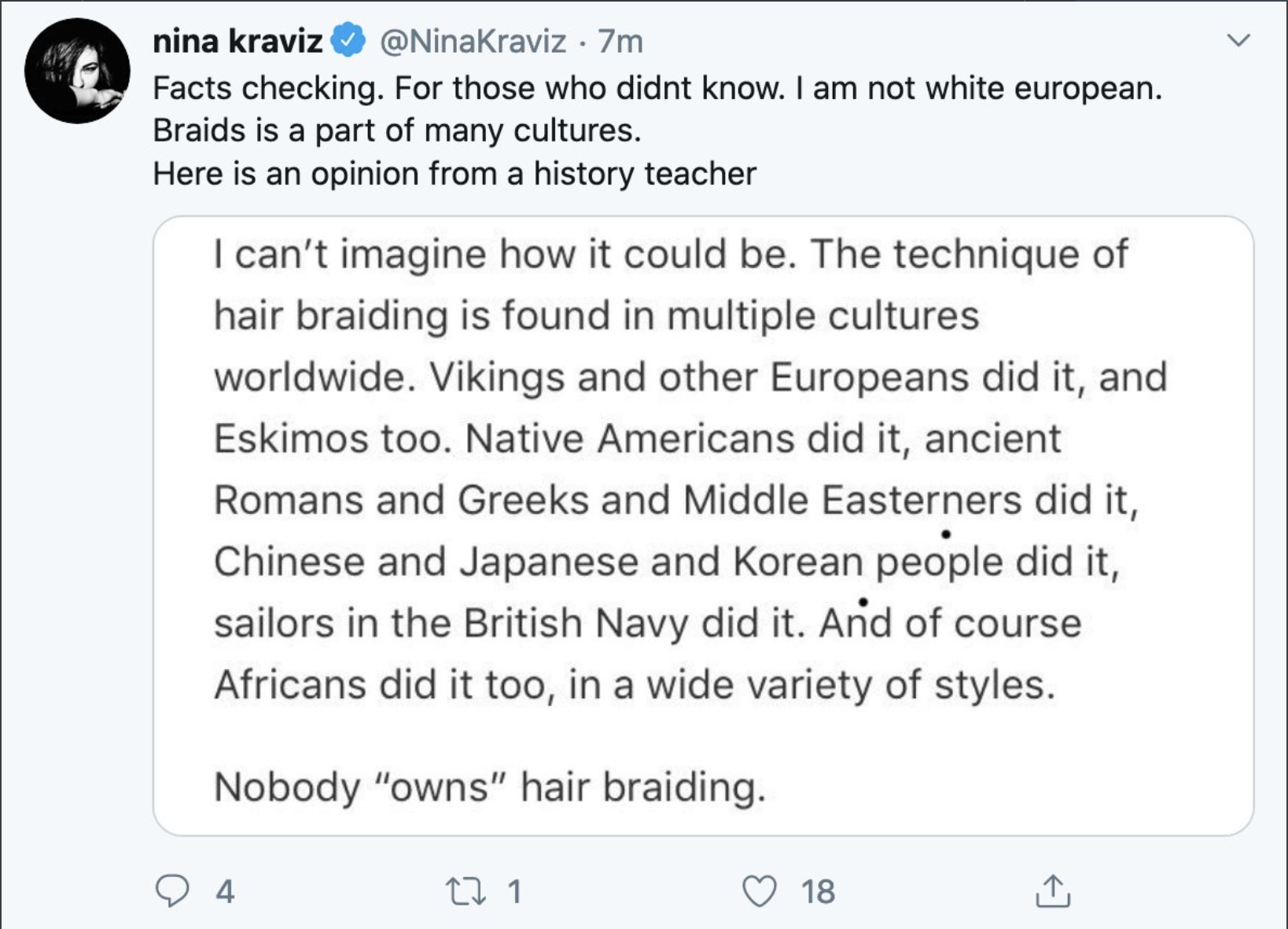 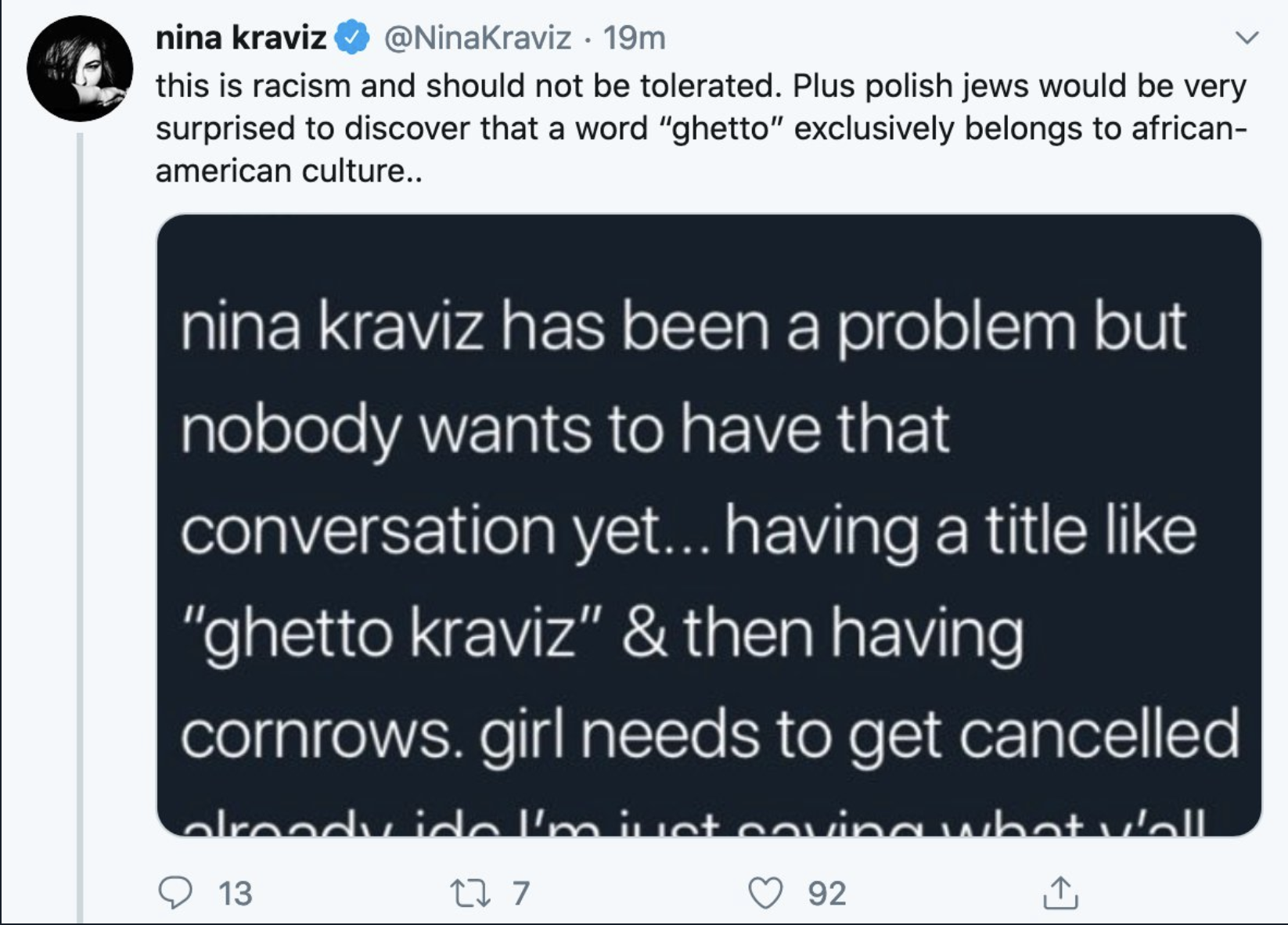 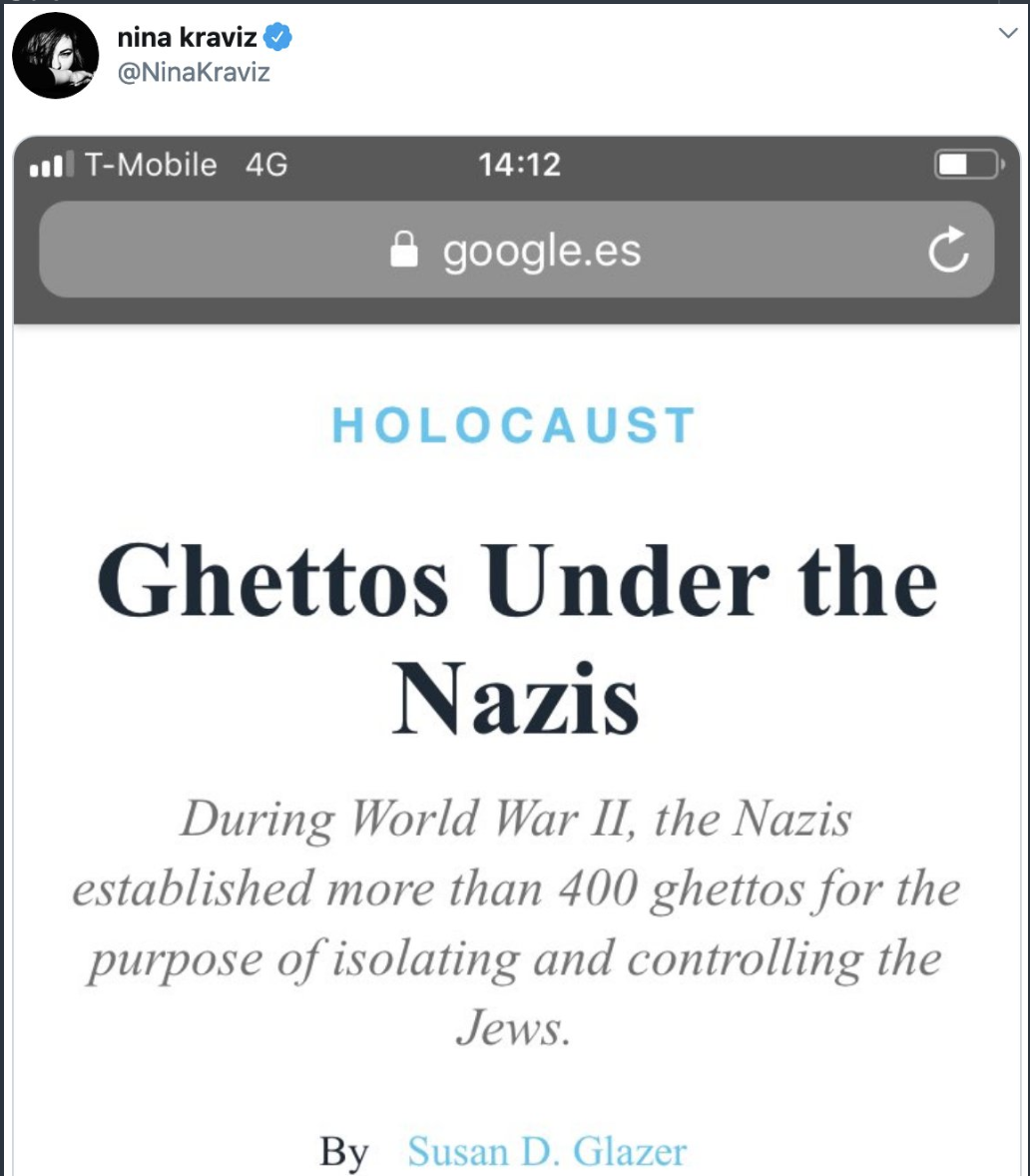 One of those critiquing the DJ and producer was Discwoman founder Frankie Decaiza Hutchinson, to which Kraviz responded by accusing her of bullying, “validating reverse racism”, explaining that, coming from a “remote asian city”, she was exempt from white privilege and ultimately calling Hutchinson “an actual racist “.

Nina Kraviz has since deleted the tweets, explaining that the backlash was “out of proportion” and stating: “Lets stop this hatred. I am not a racist”. Techno producer Rrose identified Kraviz’s defensiveness as the route of much of the Twitter backlash, while Selwa Abd, aka Bergsonist, called on Kraviz to apologise to Hutchinson and to all POC communities.

deleted the whole thing as its going crazy and out of proportion. Lets stop this hatred. I am not a racist. And I hope you know and feel that. Peace out.

Nina, it may be true that this blew out of proportion fast, but your defensiveness is partly to blame. You have an opportunity to show your humility and learn from this experience, I hope you won’t pass it up.

I think apologizing to @frankiefatgold and all other POC communities is important. Especially because of the positive impact you can have w/ your own platform. Also the respect, will pay tribute to all the chicago’guetto’ house you always play.Being diplomatic=being ‘not racist’