For a minute it finally started to seem like the Nicki Minaj and Remy Ma beef was dead and gone. Well now a screen shot has been leaked and that image shows pro Nicki Minaj being a ghost writer on Fat Joe and Remy Ma’s album “Plata o Plomo”. On the credits from BMI you can see Nicki’s real name which is Onika Tanya Maraj being credited for work on the album.

We also hear that Nicki is getting a pretty penny for writing on a few Remy and Joe’s hit records. The check is reported to be over 7 figures. So while many think Nicki lost battle it seems she is winning the War with Remy. 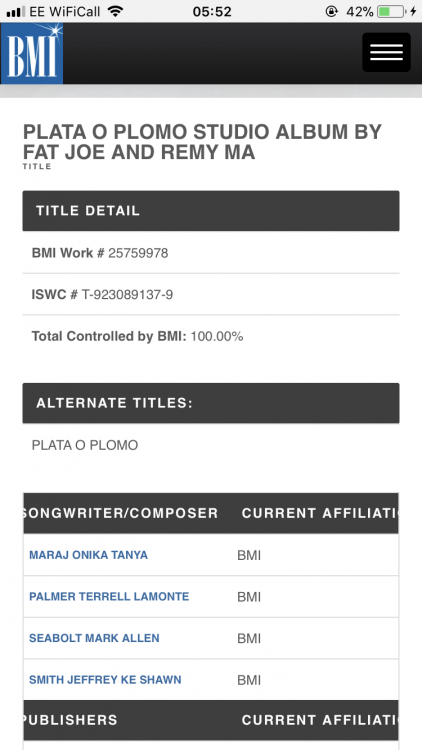