Posted on February 21, 2018 by Valencia Vasquez 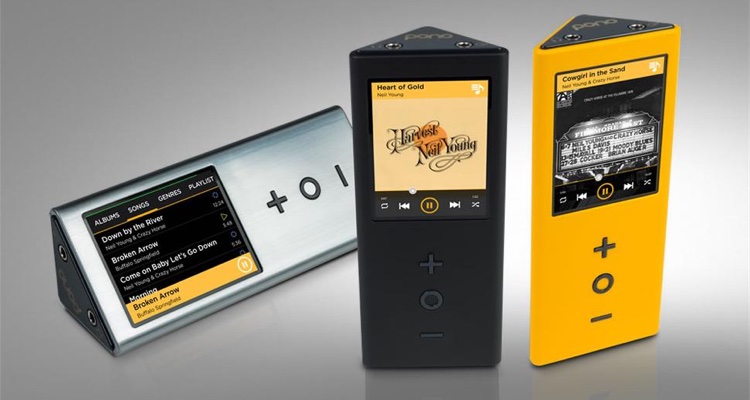 Neil Young watched Pono Music burn to the ground.  But apparently it wasn’t his fault.

Neil Young was the visionary founder, though the timing was unbelievably bad.  Basically, Young wanted to bring high-resolution music to music fans around the world, and outdo the relatively low-fi iTunes.

That drew millions in support, with huge accolades from artists like Jack White.  But onlookers questioned whether anyone wanted a stand-alone, clunky MP3 player, especially as smartphones were surging.  Of course, smartphones themselves were  powering a surge in streaming music, with companies like Spotify about to take the entire cake.

But Young still blames Pono’s meltdown on other factors.  Like, greedy major labels.  In a recent interview, Young blasted the labels for killing Pono “by insisting on charging two to three times as much for the high-res files as for MP3s.”

“Why would anybody pay three times as much?” Young asked. “It’s my feeling that all music should cost the same.  The file doesn’t cost any more to transfer.  And today with streaming, you don’t have the problem unauthorized file sharing].  Who wants to copy something if you can stream it?”

But was hi-res music — especially hi-res downloading — ever a promising market?

“The record companies, by charging three times as much for hi-res music as they charge for regular music, they’ve killed hi-res music.  It’s the dumbest thing I’ve ever seen,” Young continued.

Accordingly, prices for full albums hi-resolution files on Pono ranged from $20 to $28.  Of course, iTunes and other download stores charged half that price . Individual songs on Pono cost between $1.99 and $2.99 apiece.

The legendary rock star is now focusing on establishing a hi-resolution streaming platform called XStream.  He is putting it to use on his recently-launched Neil Young Archives website.

This time around, it might be harder to raise millions dollars — and there’s zero hype.  But let’s see how this one goes.