Popular Miami rapper Zoey Dollaz who just signed with Meek Mill’s Dream Chaser label has been shot multiple times while walking into a Miami Strip club. Zoey was seen out last night all on his IG story with Teyana Taylor celebrating her Birthday with a bunch of people. The party then shifted to Miami’s popular “Booby Trap On The River” strip club. We hear on Zoey’s exit from the club he was shot! No word on his condition yet 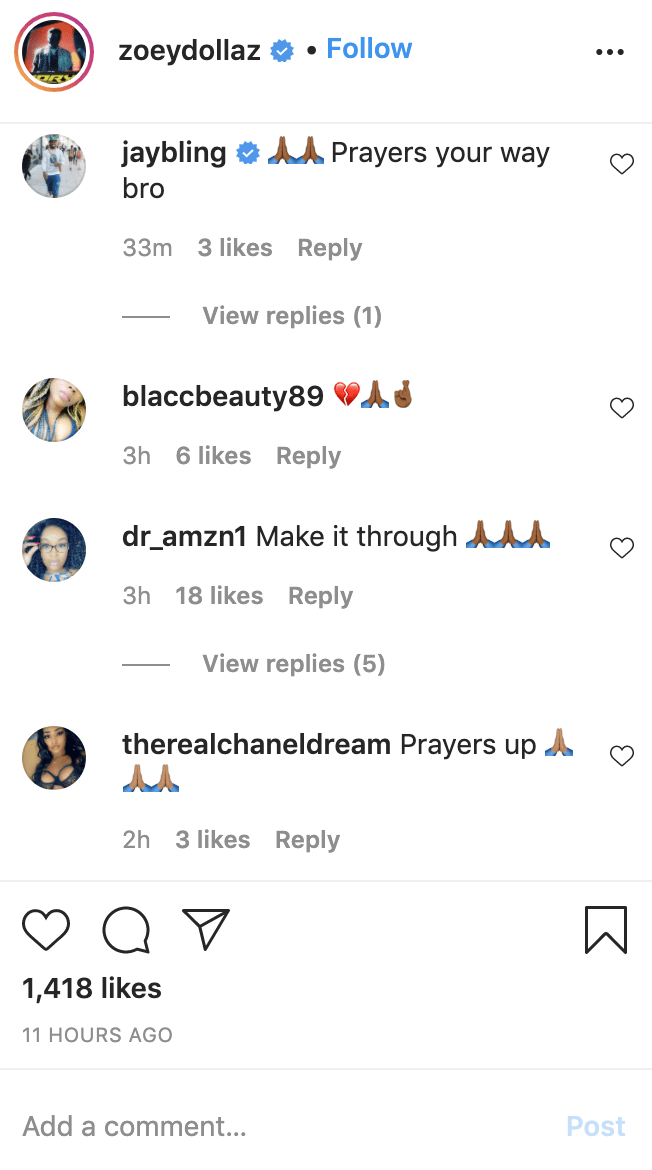