Does surprise us any more when we hear Master P is now owning something new? Well today we learn that Master P has purchased the New York City based wrestling league House Glory! When purchasing it Master P made Lil Scrappy and Stevie J world champions and the stars his wrestling league. House Glory’s last wrestling event, was hel November 16th, in Queens, New York, and is aptly titled “No Limit.”

Recently on Instagram, Master P gave a stern warning to WWE owner Vince McMahon about his stake in the wrestling arena saying, “Vince McMahon, you in trouble, cause I’m about to take over wrestling… I’m eyeing all the top wrestlers. WWE? Come over here to us.”

If you want to be successful, think outside the box. Build you a brand and get some product. They will never see you coming. HOG the takeover 2020. @hogwrestling #weallwegot

If you're different and unique, you will pass up your competition. H.O.G. it's about to be a game changer. God is good. Keep chasing your dreams. I did it, y'all can do it. #weallwegot @hogwestlng @bxlhog @westsidegunn

Master P speaking on what he owns: 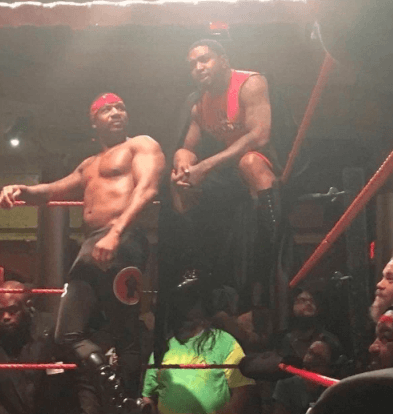