Posted on September 24, 2019 by Katherina Alvarez

FACT Rated is our series digging into the sounds and stories of the most vital breaking artists around right now. This week Lewis Gordon speaks to 7FO, the Japanese producer who left behind the club to craft watery ambient music as a form of “self-healing”.

For an artist whose productions sound like miniature aquatic dioramas, it’s strange to hear that 7FO hasn’t been swimming in years. Given the opportunity, the Japanese producer would travel to the warm, tropical seas of Okinawa, an island far further south than Japan’s largest island, Honshu, where you can find Tokyo and Kyoto. On tracks like ‘Ama ( ( (’, it sounds as if 7FO is cataloguing life forms sound, from fizzing microscopic organisms to the gentle, weightlessness of water plants. He does so through the amorphous lens of ambient and dub.

7FO views himself simply as a kuroko (stagehand) and opts not to reveal his full name, instead asking me to call him Kawa. He was born and raised in Osaka, a megalopolis of 19 million he describes as “interesting rather than stylish”. During the 2000s, the city was home to a burgeoning club scene Kawa gleefully immersed himself in, albeit as a listener and club-goer rather than as a musician. Suffering fatigue from the accompanying lifestyle, he stepped back from the clubs in 2010 and began making his own music. “I had a mentally hard time then,” he tells me email. Music production became, at least initially, an exercise in “self-healing”, a chillout room of his own making.

Moment (Selected Works 2012-2017), released in April on Métron Records, collects Kawa’s tracks from a two of Kawa’s past domestic releases, Fate, released in 2013, and the 2015 record, Hakko suru zero. These were followed by a cassette album on New York label RVNG Intl. and a 7” single by dub specialists Bokeh Versions. His earlier work leans heavily into ambience, a result of only acquiring a drum machine in 2014. The rhythmic component of more recent tracks such as ‘Botanical Dub’ sit around similar loop-based slices of synth and guitar but lend a buoyancy rather than propulsiveness. “The essence of music doesn’t change even though the equipment is different,” he says. “I follow the imagination that comes naturally out of my body.” 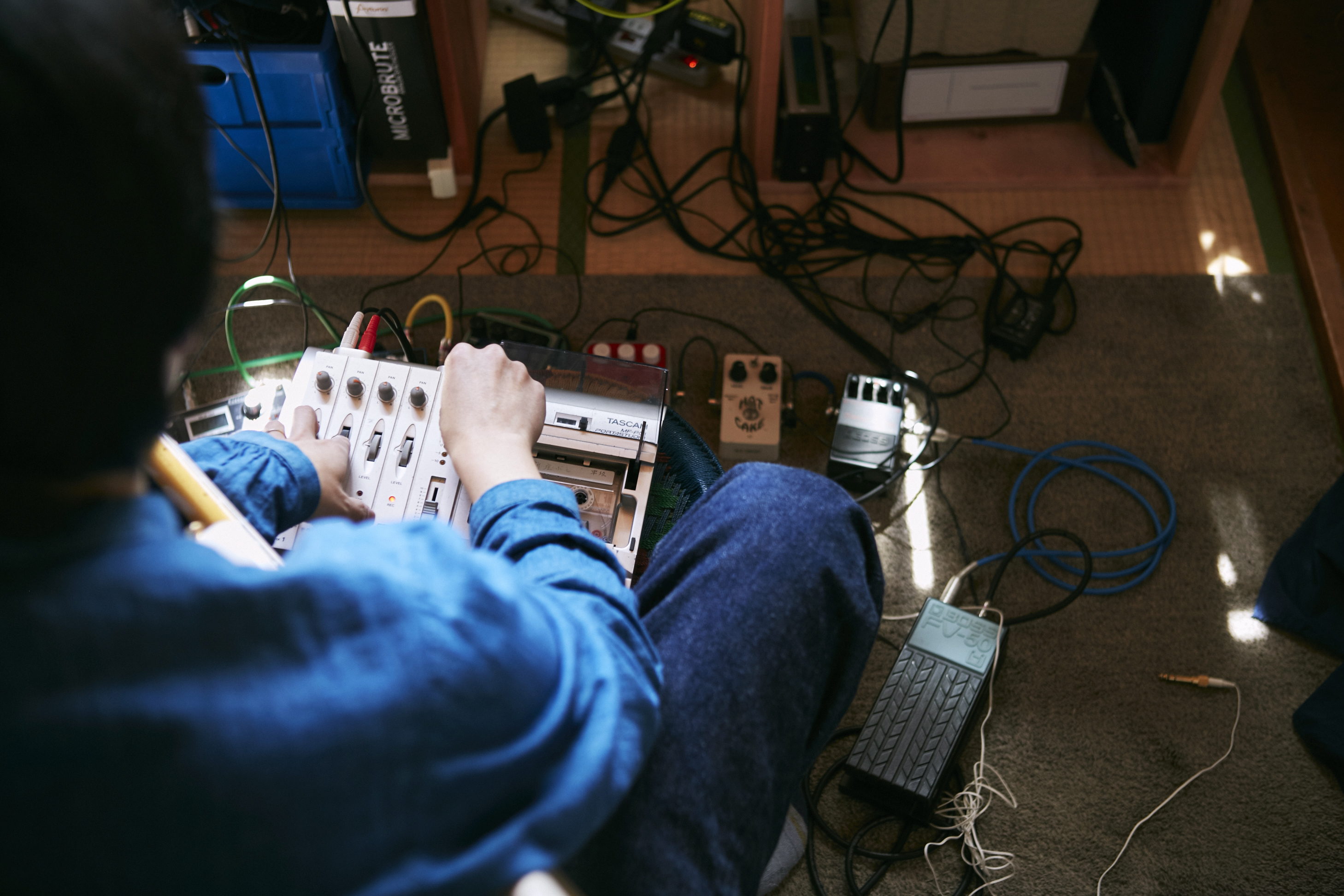 “The essence of music doesn’t change even though the equipment is different, I follow the imagination that comes naturally”

Working from his home in northern Osaka, Kawa has gradually assembled a rag-tag collection of old, new and sometimes broken equipment. Washes of effects-laden guitars sit alongside an MFB synthesizer while the percussion is created using a Yamaha RY10 drum machine with a cracked LCD screen. Kawa sometimes feeds this through a beat-up mixer he tells me contains its own “noises”, thriving off these self-imposed limits and the difficulties the equipment poses to composition and production. “I prefer the idea of doing something with what I have at hand,” Kawa says. “I like to do something with the equipment that I borrow from my friend or I bought impulsively but I don’t like. Even if it sounds wrong, you accept it and make it work.”

Snippets of traditional Japanese instrumentation unfurl throughout tracks such as ‘Fate’. Sampled hyoshigi wood blocks resonate while the strings of the shamisen ring out above a bed of distortion. Kawa layers chirruping birdsong, constructing a potent image of the flora, fauna and traditions of Japan. “I like natural forms and sounds,” he says. “Regularity and irregularity, running water, animal voices, the asymmetric shapes of plants and rocks.”

Kawa tells me it’s not too much of a stretch from the ’70s housing complex where he currently lives in Kita-Osaka, a region developed as the city was gearing up to host the World Expo. There, the clean, concrete lines of the buildings are interspersed with trees, shrubs and cacti that were planted 40 years ago. “The streets are tightly organized and the plants have grown enormously over the years—there is regularity and irregularity together in this area,” he says. He shows me photos taken recently and the entire area appears dappled in green.

Away from the residential districts of Osaka, Kawa says there are “small scenes” dotted about and a handful of record shops promoting the experimentalism he and other Japanese artists, such as Sugai Ken, are exploring. He highlights two shops, Newtone Records and Meditations, the former of which hosted a RVNG Intl. showcase of artists while the south-Osaka based label, EM Records, and continues a healthy operation after 20 years in business.

There is, though, a resistive potential in Kawa’s music. Over the last eight years, he has produced not only pockets of self-care for himself but those who might encounter his music. Set against a tide of government-led nationalism and rising militarism, Kawa hopes the subtle hum of his oceanic soundscapes might offer a reflective space for listeners. “In my opinion, ambient music is completely incompatible with such directions,” he says. “Ambient music is meditative. It gives us the ability to feel subtle changes and be aware of not only ourselves but the things around us.”

Lewis Gordon is a freelancer writer. He can be found on Twitter.

Read next: Sound artist Sugai Ken wants to submerge you in his explorations of water and darkness