Keep up on all The Black Madonna action with FACT’s live-stream from Parklife.

Jackmaster, Motor City Drum Ensemble and Peggy Gou are among the artists playing The Black Madonna’s We Still Believe stage at this year’s Parklife festival – and FACT will livestreaming the event.

Taking place on the Saturday the two-day festival – which runs from June 9-10 at Manchester’s Heaton Park – the We Still Believe stage this year will also play host to Mall Grab, HAAi, Honey Dijon and Zutekh DJs. 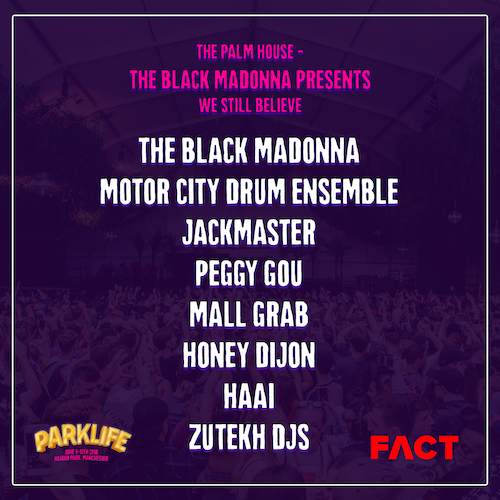