The album has been in the works for five years.

Boomkat’s ever-innovative record label The Death of Rave (which was one of our favorites of 2018) has announced a new double LP, Captured Entities, from Detroit-based producer and DJ Howard Thomas, aka H-Fusion.

The label describes the album as an exploration of improvised “beatless cosmic jazz”, whiplashing 170bpm rave bangers, and “sultry, dream-away house jakers” that altogether dazzle with their “unquantized cantankerousness and frictional quality”.

They allude to Detroit legends such as Nate Young and DJ Stingray at sonic touch points for record and playfully outline how Howard’s music understands both as if the two were “doing Jit…at a Detroit biker bar.”

Captured Entities will be released on September 13 and available for purchase over at Boomkat. Check out the album artwork and track list below. 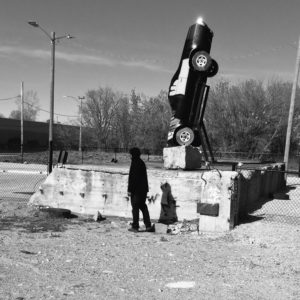 Read next: Deep Inside: September 2019’s must-hear house and techno