Posted on February 8, 2021 by Ernesto Violoi 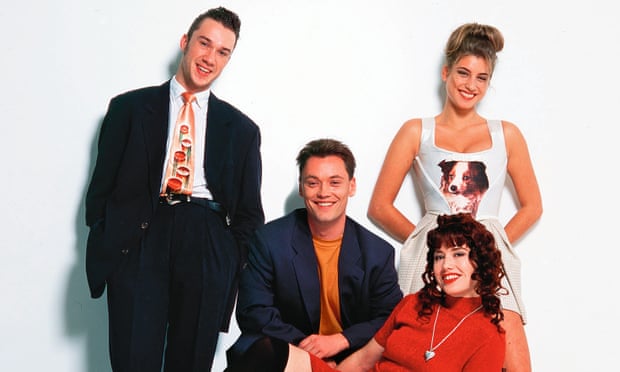 A long time ago on TV sets here in the U.K there was a ramshackle yoof show called The Word. Filmed in Manchester on friday nights it benefitted hugely from Yank artists being in town for live shows and consequently ended up featuring the British TV performance debuts of everyone from Digable Planets, Cypress Hill and Snoop to The Pixies, Nirvana and L7.

Naturally, yours truly had a compilation VHS tape of the show’s best live clips which got rocked until the tape sadly popped sometime in the early noughties. Thankfully, in the years since all the performances have turned up on YouTube – all except The Pharcyde’s rendition of Ya Mama, that is. Well, guess what I’ve just found on the ‘Tube, lads!


Bonus beats: the two greatest performances in The Word‘s history were Oliver Reed’s shitfaced rendition of Wild Thing and Onyx’s barnstorming version of Throw Ya Gunz, the latter of which is essentially an extended stage invasion by the Moss Side mandem.

Bonus bonus beats: the most underrated Rap performance in The Word‘s history was Craig Mack doing the Q-Tip remix of Get Down during Mack & Biggie’s Bad Boy U.K tour of 1995 – underrated by me, that is, since I’ve only come around to accepting the remix is better than the original in recent years.

In hindsight, The Word‘s head honcho Terry Christian probably regrets booking Mack instead of a Biggie performance of the One More Chance remix. But the reason The Word was so very special™ is that it’s the only TV show on Earth to have performance clips of Ya Mama, Throw Ya Gunz and the Get Down remix in its archive – singles which weren’t the respective artist’s largest hits but are still legitimate classics.

Much like Big Poppa, we’ll always miss The Word here at The Martorialist. That said, since The Word went off air in 1995 appearances on U.K TV by The Charlatans have dropped by 70% – silver linings eh?