Authorities announced an arrest Wednesday in the fatal shooting of Dallas rapper Mo3
Kewon Dontrell White, 22, faces a murder charge in connection with the Nov. 11 death of 28-year-old Melvin Noble, who was gunned down on Interstate 35E near the Dallas Zoo. White is in federal custody, police said. He was indicted Tuesday on a charge of possession of a firearm by a convicted felon, federal court records show.

In the comments below you will also see Go Yayo going hard for Kewon telling SayCheeseTV to put Kewon’s IG name on the post and saying free him. 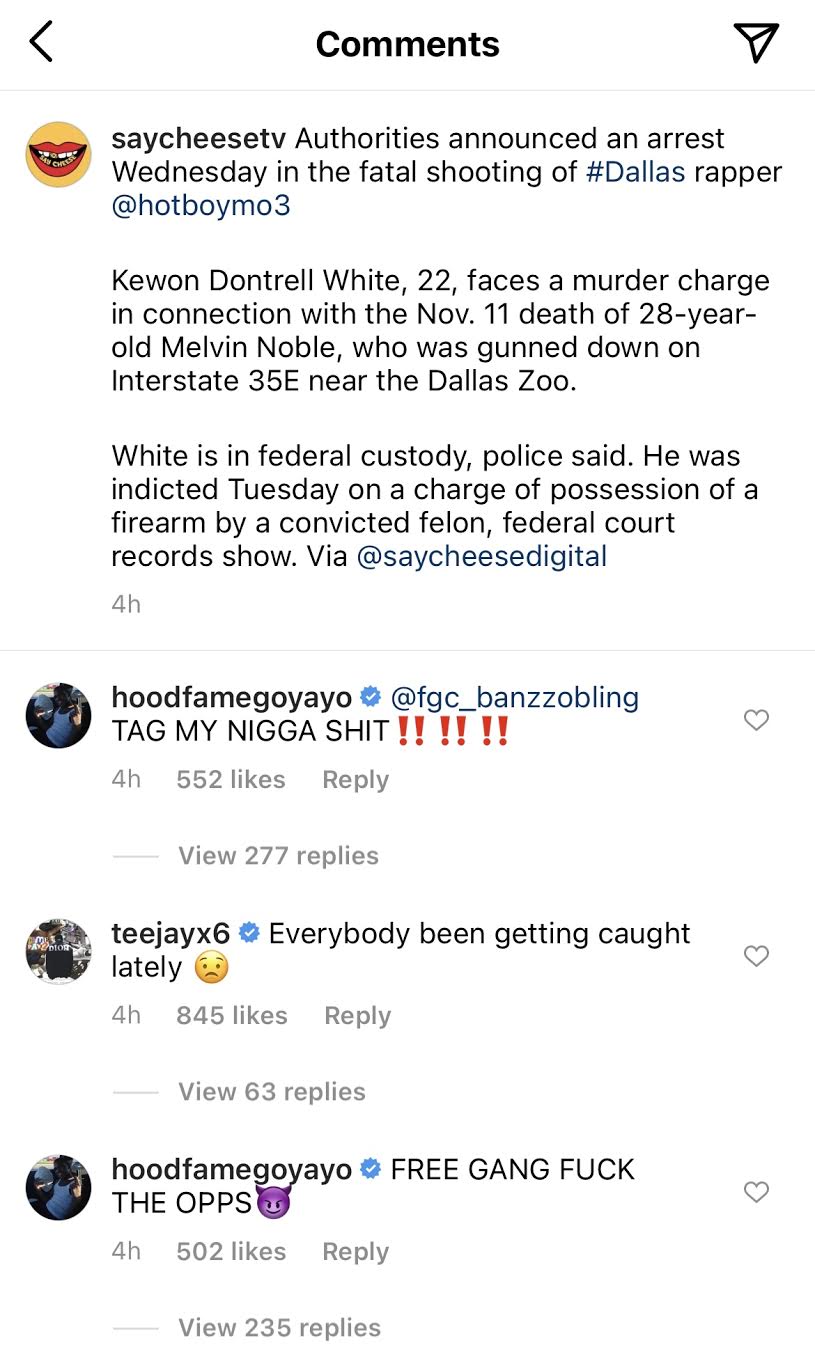 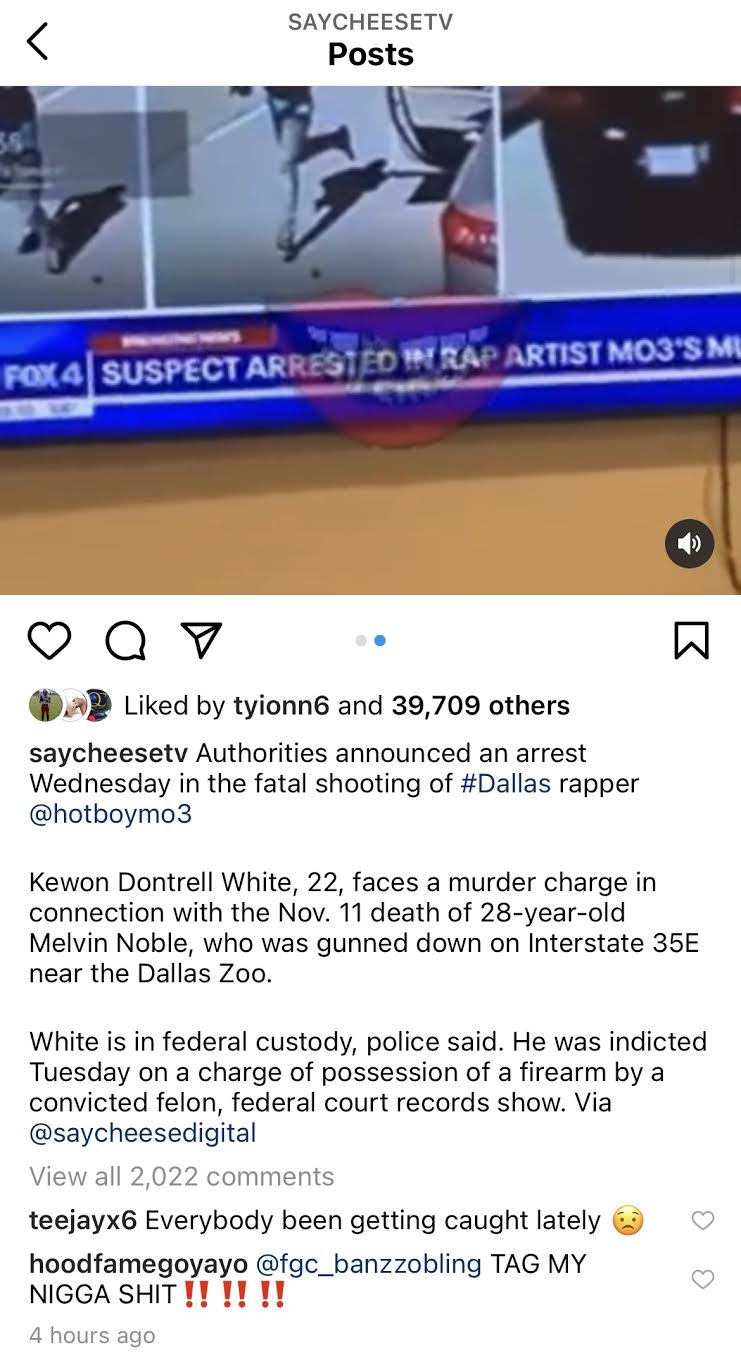