Eddie Murphy got some good news earlier today, when Rick Ross said yes to allowing “Coming To America 2” being filmed at his Atlanta mansion. Eddie and his producers had their eyes set on the Mansion because it has the biggest pool in America. Major congrats are in order for Ross who we hear will be making a pretty penny for renting his house to Eddie Murphy and his movie. 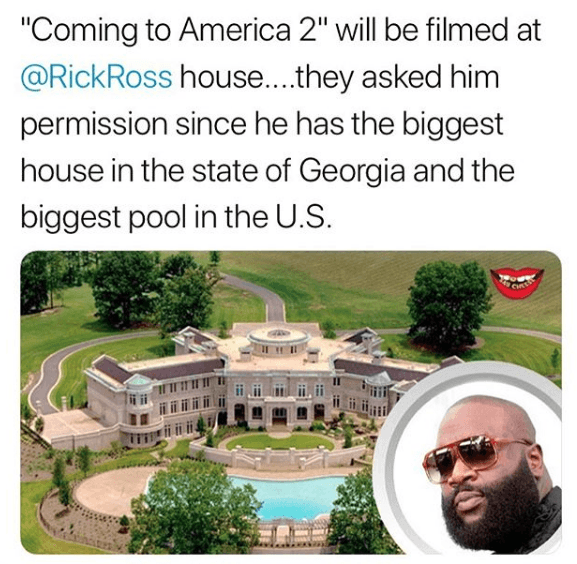