There’s still a long way to go before gender equality can be achieved in the modern music industry, asserts one Beyonce’s top songwriters.

British-born Carla Marie Williams, who has penned hits for Beyonce, Craig David, Britney Spears, Alesha Dixon and a host other chart-toppers, says that the current music scene is a “boys’ club” where women are denied equal opportunities for advancement.

Williams is not the first to make such a claim, course, and her timing is inch-perfect.

Late 2017 and early 2018 has seen a tremendous upsurge in activism for women’s rights and equality in the workplace. #MeToo and #TimesUp were already causing ripples before E! News got into trouble over gender-based pay discrimination.

Just last month, Grammys chief Neil Portnow landed himself in hot soup with his ‘women should step up’ comment. That was after the 2018 Grammys appeared to be incredibly biased against women’s ferings.

The Brit-winning writer chose International Women’s Day as the occasion to bring together 100 women in music (including Alexandra Burke) for a fundraising gala in Soho. It was hosted by Girls I Rate, a non-prit she created to empower women in music. 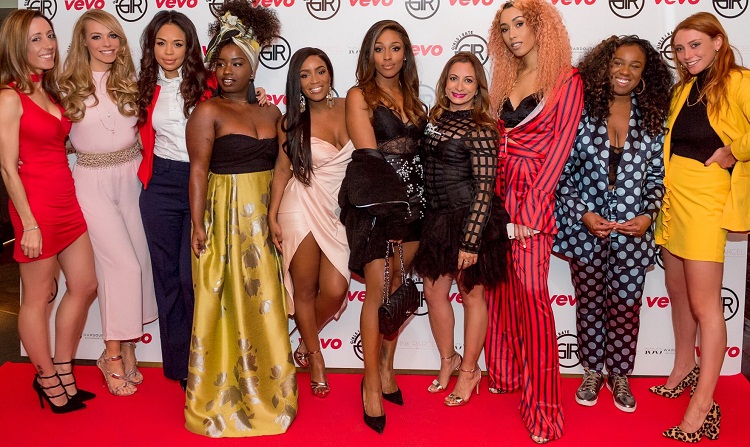 Other Girls I Rate endorsers include Wretch 32, Lily Allen and Emeli Sandé.

“Equality in the music industry definitely doesn’t exist, it’s male-dominated through and through,” she told the Guardian.

Music is big business, and Williams will stop at nothing to see women play a bigger role.

“If you have five men on the board, get five women,” she added. “Try and make those positions available. There also needs to be more financial investment in younger women’s development from labels and publishers. It would allow for girls to come forward and feel like they can occupy spaces. An annual five grand here and there can go so far.”

The track was a protest anthem that she says “fell in line with my mission for Girls I Rate, which is what we call “operation couch”: celebration, opportunity, unity, change and hope”.

Williams founded Girls I Rate in 2015. And though the picture is still bleak in terms women’s participation, she has had some success.

PRS for Music is one the organizations she believes her network has impacted. She adds: “PRS has 21% female membership, and that’s after organisations like ours helped get girls signed up.”

The musical wordsmith also urged women to support each other more. “Together we can become a powerhouse,” she said.

Williams flung herself fully into songwriting after losing her voice to muscular tension in 2006.  She nonetheless has an EP in the works while working with Kyla, Mabel and Ray BLK on some upcoming tracks.