Within 24 hours, Mike Huckabee willingly resigned from his board seat at the Country Music Association (CMA) Foundation.  But that’s definitely not the end this issue.

The following comes from Chely Wright, an openly-gay country artist who penned this response to Mike Huckabee on Facebook.  Just yesterday, Huckabee was named a board member at the CMA Foundation, but quickly resigned after facing heavy pressure from CMA members like Jason Owen (you can read all about that here, including Mike Huckabee’s resignation letter).

*I’ve received several calls to come do TV today or to make a comment on the record for someone else’s story, so I decided to just share my thoughts in an open letter to Mike Huckabee.

I read your letter in which you address the tendering your resignation from the CMA Foundation Board.

While I appreciate your cunning and the pure political prowess the letter, I’m hopeful and somewhat optimistic that the masses won’t fall for your sleight hand.

Not so fast, Mr. Governor. Your letter is a predictable attempt to convince folks that this is a binary choice; the battle between (your side) people faith who care about providing schoolchildren with musical instruments and (the lefty liberals’ side) affirming LGBTQ people. You’re sneaky, Mike, but we’ve seen your colors before.

Here’s the thing. We all agree that every child in America benefits exponentially when music education is available to them. Not only does music provide a sometimes desperately needed best friend or outlet for a kid, studying and playing music also stimulates their brain in a substantive way… resulting in higher reading, math and comprehension scores. It’s science; which I am a big fan… and it’s a beautiful thing.

How do I know this?

After the events Columbine in 1999, I founded a 501(c)3 non-prit called Reading, Writing & Rhythm and with a lot help from my fellow artists and lots people in the country music industry, we raised hundreds and hundreds thousands dollars which were used to provide musical instruments to public schools nationwide.

You mentioned that you’ve traveled to D.C. to do work with organizations that further music education in the schools and I think that’s fantastic. I have too. Maybe that’s why the MENC (Music Educators National Conference) honored me with their “Stand Up For Music” award in D.C. a few years ago. I met John Glenn that night, as he was honored too. What a thrill.

Mike, everyone cares about music in schools.  We all do.  Stop trying to pretend that it’s not important to all us or that you’re the only one who can bring this idea to the table.  The CMA Foundation will continue this important part their mission without you, I assure you.  And stop using students and country music fans as pawns to validate your bigotry toward LGBTQ people and our incredible straight allies.  Pitting people faith against the equality movement is a fool’s errand.

*Remember how you broke your neck to go hold the hand Kentucky’s Kim Davis on stage when you were running for president? ‘Nuff said.

I do appreciate your telling such a personal story about how much it changed your life when your folks — who couldn’t afford it— found a way to put a guitar in your hands.  I identify with you on this.  My parents did the same for me.  I grew up dirt poor in a rural farming community in Kansas.  My mom, a polio survivor who stayed at home with three kids and my construction-worker dad, without a high school diploma, found a way to make sure I had a piano and piano lessons.  When I decided to play the trumpet in junior high, they didn’t make me choose between instruments, but rather, they found a way to ensure I had every musical opportunity I sought.  Music not only changed my life… it became my life.

You mention in your letter that you “were never good enough to make a full-time living at it” (your words, not mine), but it seems I was.  By the grace God and a lot hard work and luck, I ended up being one the very fortunate few who moved to Nashville (1989) and got signed to a record contract.  My dream writing songs and making records came true and I’m hard-pressed to explain how incredible the journey has been so far; as I approach the 25-year mark doing this job for a living.

There were some dark times though, Mr. Governor. As I celebrated career milestones— hit records, big tours and yes, a couple CMA nominations, I couldn’t enjoy it as much as I should have been able to. I am gay and I was closeted during the very zenith my career. I felt I had to hide because people with big platforms and a lot power in society made me feel like I should be ashamed who I am.  People like you, Mike.  The work you did to convince people (many them country music fans) that gays and lesbians are lesser human beings and deserve less was brilliantly executed… and it scared me to death.

You know those schoolchildren that you say you care so much about?  Many them are LGBTQ students and even more them are the friends and classmates those students.  If you care about them the way you say you do — about their education, their spiritual well-being, their hopes and dreams, you’ll understand that what they need from you — and others with big platforms and a lot power — is for you to stop maligning your fellow Americans due to their sexual orientation or their gender identity expression.

This is your brand, Mr. Huckabee.  And your brand is precisely why there was such an explosion outrage that you’d become the newest member the CMA Foundation Board.

I have a lifetime membership with the CMA and I’m proud it.  I have worked with them during the course my career in many ways; with the Foundation, on award shows, special events, philanthropic endeavors and I’ve even have the pleasure chairing and co-chairing a couple really prestigious CMA affiliated committees and I can tell you this… the CMA is the gold standard in our industry.  I am grateful that you’re no longer affiliated with this long-standing institution.

In closing, I’d like to say this. When I came out the closet— very publicly— in 2010, I did it for me… so I could live my life authentically.  Another sincere objective I had in coming out was to facilitate change for young people like me.

Mr. Huckabee, you were the governor Arkansas during what would be the years I enjoyed the most commercial success in country music (1996-2007) and your voice and condemnation were booming.  You affected my life in some pretty negative ways.

I cannot let you do that to today’s generation young people and sit by, saying nothing; so I’m saying it here and now.

Thank you for your time.

I’m heartened by the changes that are happening in Nashville and in our country music community at large when it comes to people speaking out in support the LGBTQ community.

I’m proud my old pal Jason Owen — an openly gay man — who has the industry clout and wherewithal to bridle the collective star-power his artist roster in support his call for Mr. Huckabee to step down from his board position.  That’s not nothin’, y’all.

As much as I’d love for that to be the end my letter, in the name true progress, I have to ask the following question:

Who, on the CMA Foundation Board, voted to put Mike Huckabee in that board position in the first place?  If Nashville and the CMA truly want to be recognized for their growth in the area LGBTQ equality… this question must be answered and addressed. 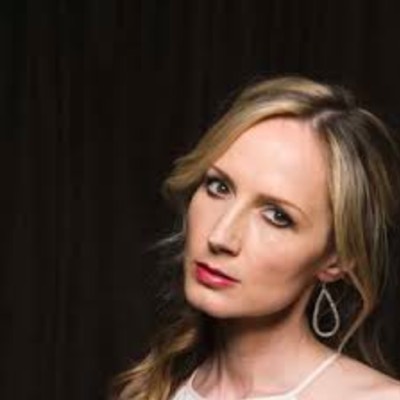