Posted on February 14, 2018 by Valencia Vasquez

It took some experimentation.  And French artist Julia Drouhin is still working out the kinks. But chocolate records sound surprisingly good — and tasty.

It was an experiment designed to awaken multiple senses.  And, celebrate the ephemeral nature both sound and food.  Accordingly, French artist Julia Drouhin successfully created a vinyl record made out chocolate.  And it actually sounds okay.

At this stage, Drouhin can get the record to play 10 times.  After that, the fidelity wears out — because it’s chocolate, after all.  After that, Drouhin recommends a simple solution: eating the platter.

“You can look at it, you can listen to it, you can smell it, you can break it, you can share it — and you can eat it,” Drouhin told the South China Morning Post during a recent Hong Kong demonstration.

Here’s the concept in action.

While putting the concept together, Drouhin discovered that chocolate was surprisingly playable.

She worked with a Tasmanian sculptor to figure out the mold, and an Irish chocolatier who helped her find the right type chocolate.  “It’s close to the wax that makes the cylinder, which is the ancestor the record,” the eccentric artist explained.

“I wanted to have a musical object that would fade out, disappear while it’s played. So it’s just for one unique moment, in one place, one time. It’s not reproducible and it’s unpredictable.”

+ Why I Still Buy Music in the Age Spotify

The creation process is actually pretty simple.  Essentially, Drouhin creates a silicon mold with the original vinyl record.  Then, she pours liquified chocolate into the mold, lets it dry, then freezes the resulting record.  After that, it’s playable — at least for ten spins. 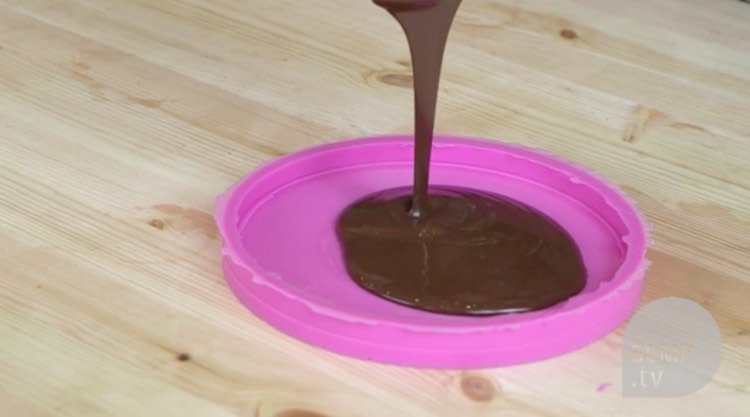 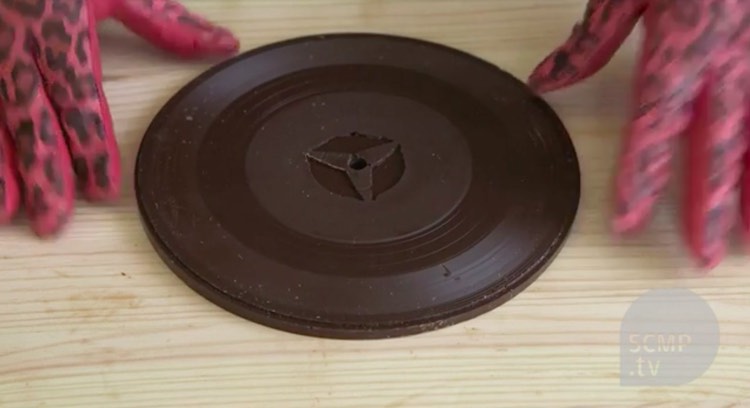 “I’ve always been interested in listening to the world a bit differently, in a playful way,” Drouhin explained.  “I wanted to make chocolate records because I love chocolate — it’s very sweet — but also it’s ephemeral and it melts as it’s being played.

Of course, don’t try this on your $1,000 turntable.  But a cheaper turntable is probably the perfect chocolate playback machine.