A stellar selection of artists are marching for a second referendum on Brexit.

R3 Soundsystem has enlisted the support of artists including Midland, Artwork, Altern 8, Bicep, Mykki Blanco, Daniel Avery, A Guy Called Gerald, Floating Points, Saoirse and many, many more for a protest rave during the People’s Vote demonstration in London on October 19.

This is the fourth outing for the soundsystem, which has made appearances at the Stop Trump protest, as well as at two previous People’s Vote marches. According to R3, the three ‘R’s stand for “RESIST: SECOND REFERENDUM NOW”, “REJECT: KICK OUT THE TORIES NOW” and “REVOLT: COME TOGETHER AGAINST THE POPULIST HIJACK OF BRITISH POLITICS”. 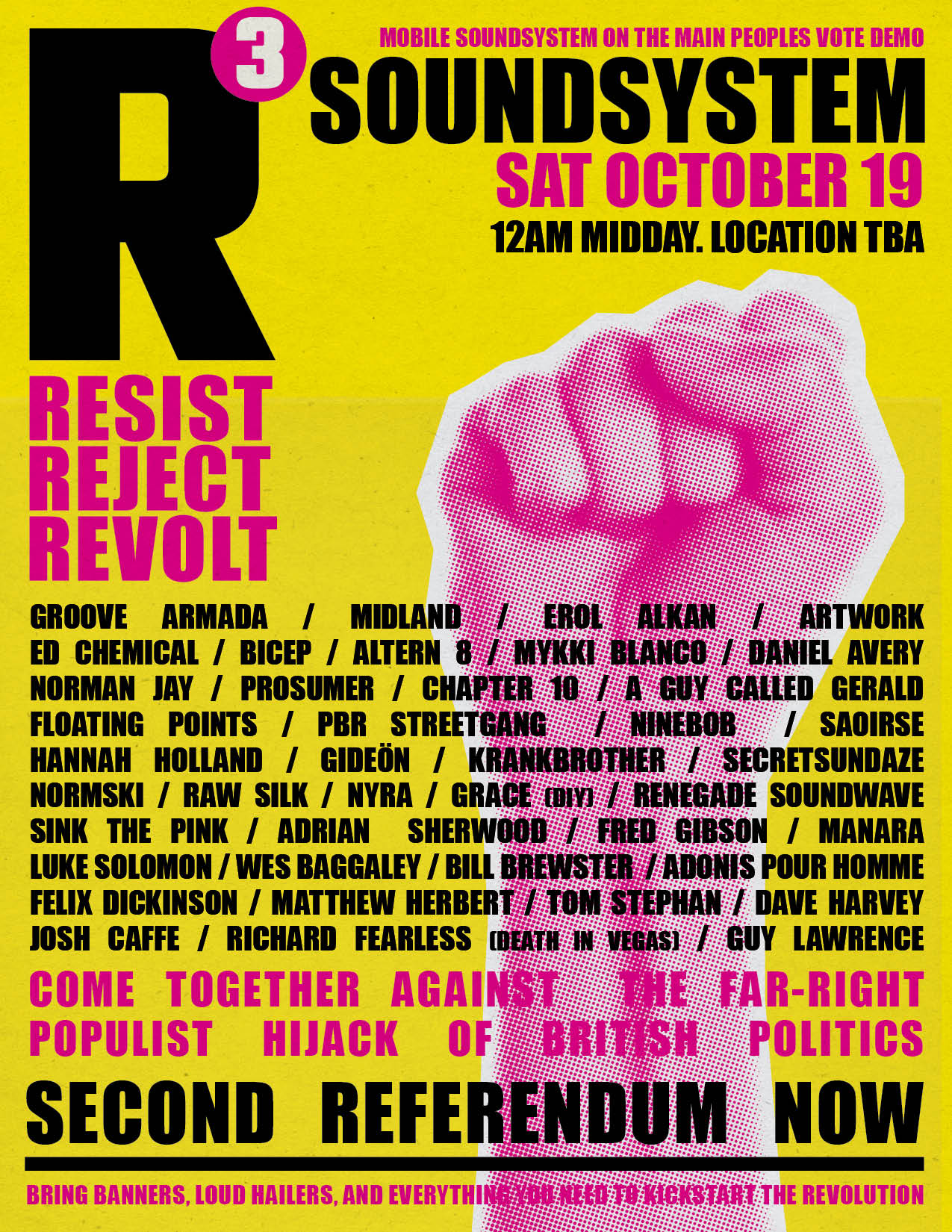 R3 Soundsystem has launched a fundraiser to help cover the costs of their mobile rig. Donations will go towards equipment hire, transport, banners, printing and building the system itself. Head over to their GoFundMe to donate.

The R3 Soundsystem – Second Referendum Now! march will take place during the People’s Vote demonstration on Saturday, October 19. Meet outside the Dorchester Hotel, Park Lane, W1K 1PN at 11am (for a 12pm start). For more details, check out the event and follow the soundsystem on Facebook.