Posted on February 27, 2018 by Valencia Vasquez 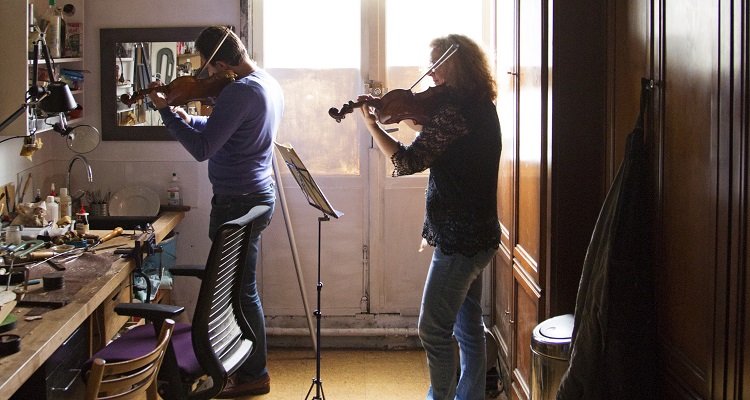 Need to find an affordable place to stay while you’re in town?  How about the chance to attend an intimate music gig as well?  Now you see where Airbnb’s business model is heading.

Airbnb Concerts will let music fans experience intimate music events in unconventional venues across the United States.  Since the launch its ‘Music Experiences’ service on its Trips platform last year, the company’s bookings have quickly grown.  The company now fers around 100 concerts around the world per month with a relatively small audience.

The basic idea is to bring strangers together in faraway lands.  On average, 50 to 100 fans attend these prestigious, semi-private events.  Airbnb’s Head Music, James Beshara, expects the number venues to skyrocket to 20,000 concerts per month at the end this year.

So, why go to a big, impersonal show with hundreds or thousands other people, in a city you don’t know?  Airbnb thinks you’ll enjoy this more interpersonal experience.

“It’s been really exciting to see it organically grow and take f.  I think music fans around the world are craving this type format and intimate connection with artists.”

Beshara explained that the company’s Airbnb Concerts service has the potential to upend the live concert industry.

Lambasting traditional concert venue ferings, Beshara explained that Airbnb Concerts stands “in stark contrast to being at a music festival with 100,000 people and being 5,000 ft back, just staring at a big 50 ft screen.”

Several established artists have already partnered with the company’s new music service, including Van Joy, Grace Weber, and Arizona.  Local as well as upcoming artists have also signed up for Airbnb Concerts.

In terms pricing, tickets for Airbnb gigs cost around $20 to $35.  The company explained that artists could earn between $150 and $1,000 per show.  Similar to its past ‘Music Experiences’ model, Airbnb only charges a 20% fee for each booking.  The company vets and approves each performance prior to appearing on its website.

Airbnb Concerts is now available in 25 major cities across the globe, including San Francisco, Los Angeles, New York City, Tokyo, London, Amsterdam, Paris, and Sydney, among other locations.  By the end this year, the company hopes to expand its service between 50 and 100 cities.

“As a music lover, it’s not just a great way to experience live music.  It’s one the best ways.”