Pop Smoke while living let it be known that he did not like or respect 6ix9ine for being a snitch! Pop even dissed 6ix9ine on his new album. Well now the king of trolling has attacked a dead man. Via instagram 6ix9ine has dissed Pop Smoke, posting that he missed Pop Smoke who is now dead. Check out the post below! 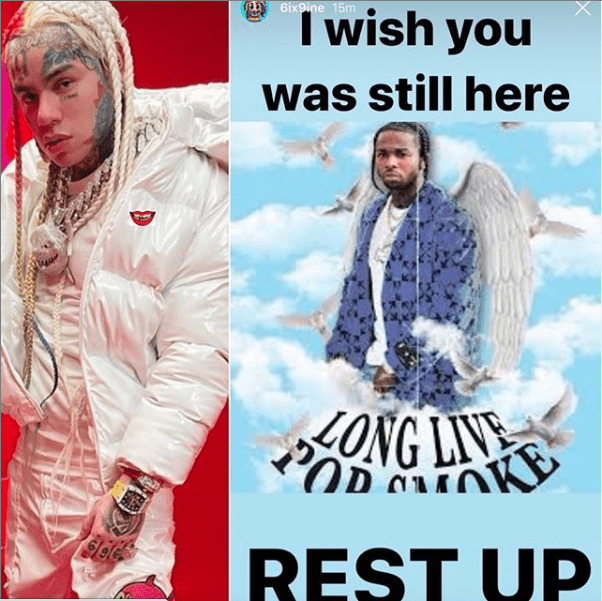