The rapper “Troy Ward” said in his freestyle…. “I creep up to the door silently and slow I opened up that (expletive) and now we clashing poles.
Two shots to the body two shots to the domeFinesse the (expletive) stash and then I took it home” … prosecutors believe he would’ve got away with murder if he wouldn’t have released the song.

T Ward got 180 years thanks to his freestyle below which the Judge used to convict him!

T Ward raps first and this song the Judge played in court: 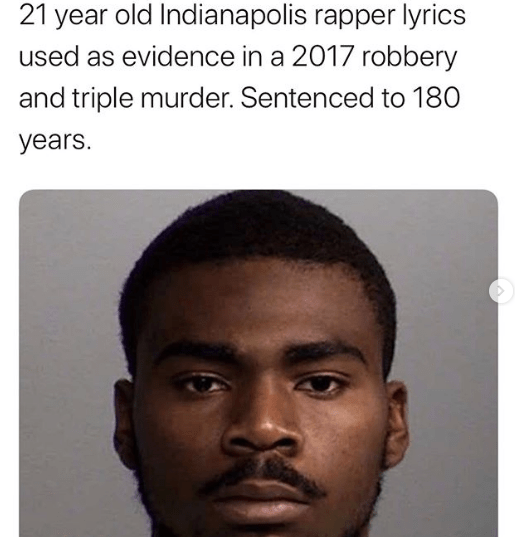